Are Q-switched lasers for Nevus of Ota really effective in pigmented skin?

We read with interest the study of Kar et al.,[1] but we would like to put in to perspective the optimistic outcome reported in view of the published data [2],[3],[4],[5],[6],[7],[8],[9],[10],[11] [Table - 1], [Figure - 1] and our findings [Figure - 2]. Our results with Q-switched Nd:YAG are not as heartening, as the majority of the patients have <25% response [Figure - 2]. There are three issues that need to be addressed in relation to the role of pigment-specific lasers in Nevus of Ota. First is the method of assessment, which should ideally be objective [2],[5],[7] in nature [Table - 1]. The quartile scoring is highly subjective in nature, and the results can vary depending on the observer. [1],[4] The statistical analysis in [Table - 1] of the study, [1] where a marked difference has been noted, should have probably used the Pearsons coefficient of correlation. The basic premise was an attempt to correlate the difference in the improvement versus the number of sittings, which is a basic percept for the tests of correlation. It would have been better if the cases of bilateral nevus were excluded from the analysis, as they have a universally poor result. [2],[3],[5],[6],[7],[8],[9],[10],[11] Moreover, in the methods, the goal was to continue sittings till complete improvement or 15 sittings, but 36 out of 50 patients did not achieve this goal. If we accept the conclusion that >10 sittings are better and also that no added benefit was achieved beyond 12 sittings, it is difficult to comprehend that a marked difference in response was seen within two sittings (12 versus 10). The second issue is in relation to the predictors of response, which, apart from the number of sittings, should have included the site, depth and color of the lesion. [9] The most practical seems to be the color, and Ueda et al., [9] found that brown-violet/violet-blue lesions are more responsive than blue-green lesions, which has not been highlighted by the authors. [1] Probably the most important parameter is the onset of improvement, which has been shown to start much earlier (three to four sittings) [10] in type1/2 skin, and this crucial fact has not been mentioned in the present study. [1] As all the lasers studied [Table - 1], [Figure - 1] are certified (US FDA, CE and/or ISO), the parameters and output are not markedly different. Thus, it is unlikely that the difference is because of the laser used rather than the skin color studied. 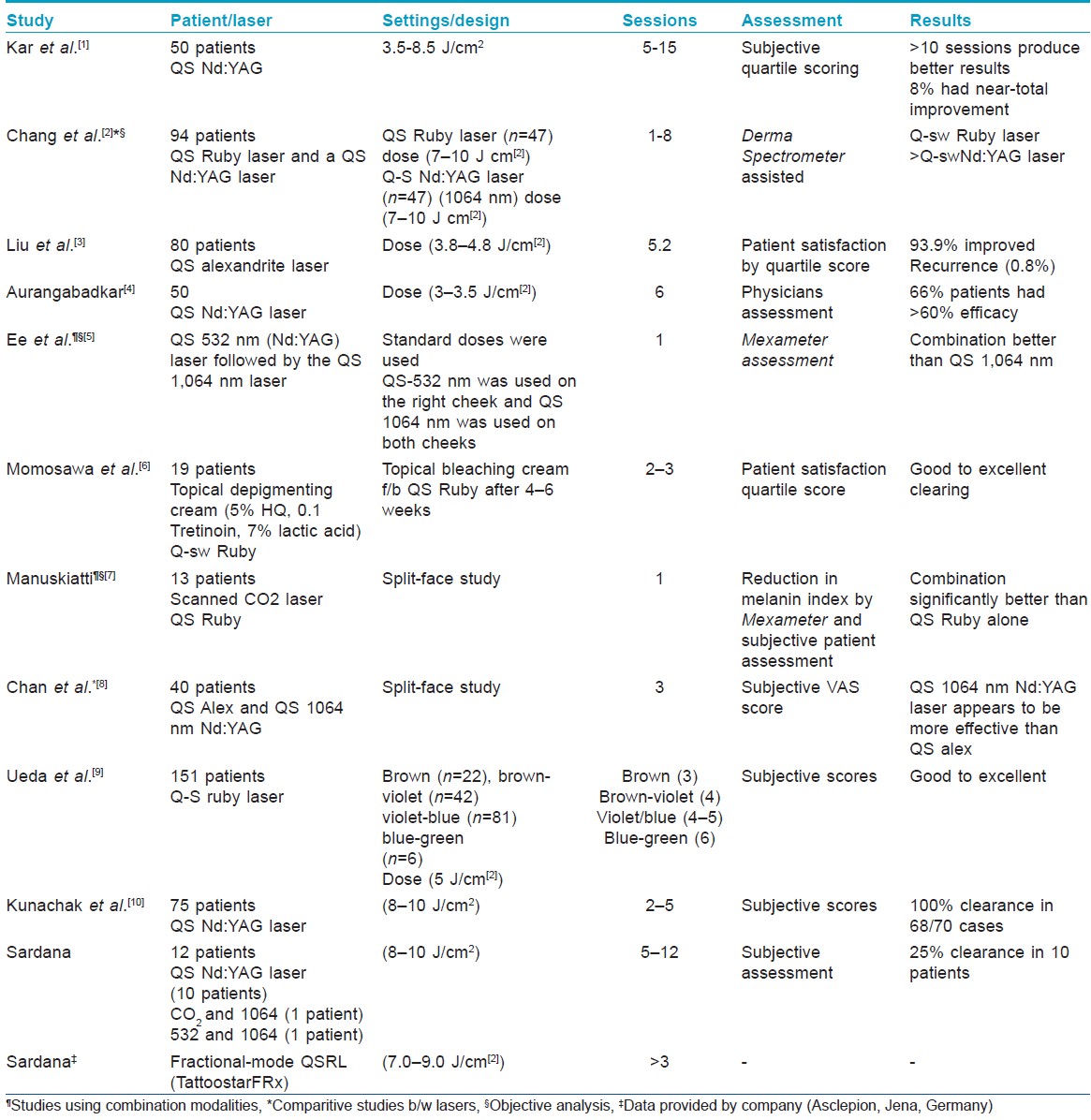 Table 1: A chronological analysis of salient studies/data of lasers in Nevus of Ota

The results in pigmented skin are not as good as in the western skin, in terms of number of sittings and percentage of improvement [Table - 1], [Figure - 1], as the inherent pigmentation in the epidermis interferes with the laser beam before it targets the nevus cells. The statement that "the results in Type 4-5 skin are better than type 1-3 skin" [1] is not borne in respect to the published evidence. [2],[3],[5],[6],[7],[8],[9],[10],[11] Paradoxically, Kar et al., [1] further state in the conclusion that the results are not good in the Indian skin type and then reiterate that it is an effective modality. Kar et al., showed that four out of 50 cases showed >75% improvement after 10 sittings, and our abysmal results (25% response, 10 sittings; [Figure - 2]) contrasts with studies where excellent response is seen in the majority of the patients in just two to five sittings. [3],[6],[9],[10] This can be explained by the lack of competing pigment in other skin types. [3],[6],[9],[10] Although comparative data [Figure - 1] between the different Q-switched lasers have variable results, one notable fact that emerges is an attempt [2],[5],[6],[7],[8],[10],[11] to remove the epidermal pigment with combination modalities. The notable examples include the combination of QS 532-nm Nd:YAG laser with QS 1,064-nm Nd:YAG laser [5] and the use of an ablative laser followed by the QS ruby laser. We tried both these combinations [Table - 1] without satisfactory results. The enlisted combination studies [2],[5],[6],[7],[8],[10],[11] that are primarily in skin types 1, 2 and 3 are a pointer to the tacit acceptance that QS Nd:YAG is by itself not a highly effective modality for dermal melanocytosis. In fact, the use of fractional lasers is yet another addition in the therapy, [11] with the fractional Q-switched ruby laser being the latest technology with a potential use in pigmented lesions [12] [Figure - 1], [Table - 1]. The litany of studies and the use of combination lasers, [5],[6],[7],[8],[11] even in type 1/2 skin, who have a better response than our skin types, points to the lack of an effective tool for amelioration of dermal melanocytosis. We should also remember that subjective quartile scoring is not the crucible by which patients judge the results especially when they have to pay for the modality. We can offer at best a modality that is probably safe and can provide reasonable improvement in our skin type. When this is at a no-cost, as it is in ours and probably the authors institution, it may not be an issue, but when monetary considerations are at play, it might not be preferred by the patient. The issue of recurrence notwithstanding (0.9-5% at 3-4 years), probably the best available laser is QS ruby laser [2] [Figure - 1]. The recent use of fractional ruby laser (Ascepelion, Germany), is a tacit admission that we are yet to discover an "effective laser" intervention with "objective" improvement for Nevus of Ota in Indian skin. The patient, especially in pigmented skin, should be given a realistic end point to avoid disappointment with the present Q switched lasers technology. Also, an objective parameter of assessment of response will go a long way in evidence-based analysis of data than the subjective "quartile" system of improvement.