The index case was a 55-year-old male with pemphigus vulgaris. He had been treated with intravenous dexamethasone cyclophosphamide pulse therapy and was in remission for 6 months. Two weeks prior to reporting to us, he again developed vesiculobullous lesions overlying an erythematous, hyperpigmented, scaly plaque involving both the groin and pubic area [Figure - 1]. Tzanck smear and potassium hydroxide mount from the lesions showed acantholytic cells and septate fungal hyphae, respectively. He was treated with oral terbinafine (250 mg once a day) and topical sertaconazole application with no relief over 3 weeks. A skin biopsy was taken for histopathological examination and direct immunofluorescence. Skin biopsy showed suprabasal split with acantholytic cells along with periodic acid Schiff positive fungal elements in the stratum corneum on the roof of the bulla [Figure - 2]a and [Figure - 2]b. Direct immunofluorescence showed intraepidermal deposits of IgG and C3 in a “fishnet pattern” [Figure - 2]c. He was successfully treated with a combination of oral prednisolone 20 mg once a day, tapered over 3 months, and terbinafine 250 mg twice a day for 8 weeks. He was followed up for 6 months with no relapse. The clinical presentation and treatment details of all the six patients are tabulated in [Table - 1] and skin lesions of the remaining patients are shown in [Figure - 3]a, [Figure - 3]b, [Figure - 3]c, [Figure - 3]d, [Figure - 3]e. Histopathologic examination and direct immunofluorescence were consistent with the clinical diagnoses in all the cases and periodic acid Schiff positive fungal elements were observed either in the stratum corneum or in the bullous cavity [Figure - 4]a, [Figure - 4]b, [Figure - 4]c, [Figure - 4]d, [Figure - 4]e, [Figure - 4]f, [Figure - 4]g. 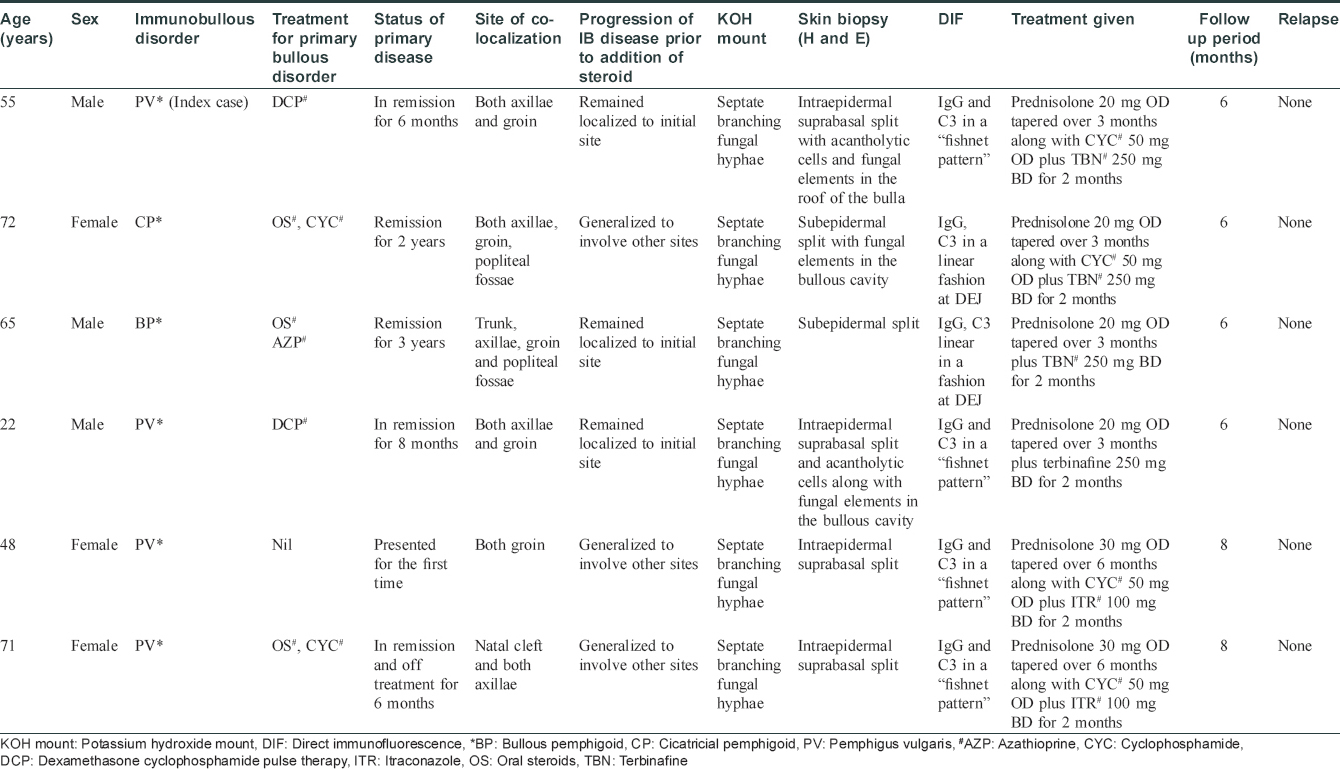 Table 1: Clinical details of the patients with co localization of immunobullous diseases and dermatophytoses

A differential diagnosis of bullous dermatophytoses was kept in these cases. However, lack of response to antifungals alone which were given for 3 weeks prior to starting steroids and pathognomonic lesional direct immunofluorescence positivity ruled out bullous dermatophytoses. All the cases were treated with a combination of systemic steroids and oral and topical antifungals to which they responded successfully, suggesting that dermatophytoses initiated an aberrant immune response in these cases necessitating the addition of steroids to control blistering.

Pemphigus vulgaris and foliaceus have been reported to koebnerize at sites of surgical trauma, laser surgery, skin grafts, skin biopsies and chemical peels.[1] Similarly, bullous pemphigoid has been known to koebnerize at sites of surgical trauma, for example humeral hemiarthroplasty, coronary artery bypass and saphenous vein harvest site, hernia site, open reduction–internal fixation, amputation and at the site of skin biopsy.[1] However, it is pertinent to note that many case reports describing the occurrence of Koebner's phenomenon in autoimmune bullous disorders diverge from the classic description of Koebner's phenomenon. Either they did not have a preexisting dermatosis or there was subsequent development of autoimmune bullous disorders at non-traumatized sites.[1] Similarly, in one of our cases, bullous lesions developed for the first time at the site of dermatophytoses without any preexisting autoimmune bullous disorders. In three cases, generalization of blistering to normal skin was seen. Thus, it is a matter of debate if this co-localization could be described as Koebner's phenomenon.

A similar case was reported by Hsiao and Chu in 1995 where a patient of bullous pemphigoid (in remission) developed a recurrence localized exclusively to the site of dermatophytic infection, which was controlled by hiking the dose of oral steroid and adding an oral antifungal.[2] Importantly, bullous dermatophytoses should be ruled out in such cases by doing appropriate investigations.

Although the exact pathomechanisms responsible for such a co-localization remain to be elucidated, the following hypotheses can be suggested. First, during the penetration phase, multiple keratolytic proteases are secreted by dermatophytes. It is possible that these proteases expose some cryptic antigens (epitope spreading), subsequently, bringing about production and localization of newly synthesized antibodies against the new antigens at the site of fungal infection. This is particularly relevant to those cases who do not have a pre-existing autoimmune bullous disorders. Second, in patients with persistent or chronic dermatophytoses, high levels of Th2 cytokines, IgE and IgG4 are produced against fungal antigens, for example, trichophytin.[3] Possibly, these circulating IgG4 antibodies cause blistering by virtue of molecular mimicry. Third, dermatophytes via their cell wall carbohydrate molecules (β-glucan) are known to increase the expression of toll-like receptors 2 and 4 in the epidermis which have also been proposed to be of pathogenic significance in pemphigus.[4],[5]