A total of 32 patients with HIV infection were examined for cutaneous manifestations from September 1994 to December 1995 in the Dermatology and Venereology Department of Wenlock District Hospital, Mangalore. Xerosis was the commonest skin manifestation (50%). Oropharyngeal candidiasis was an indicator of grave prognosis in 4 patients. Seborrhoeic dermatitis, seen is in 15.6%, presented in an atypical, extensive and rapidly evolving form. Infections were atypical, extensive and did not respond to conventional modalities of treatment.
Keywords: HIV Infection, Xerosis, Oropharyngeal Candidiasis, Seborrhoeic dermatitis 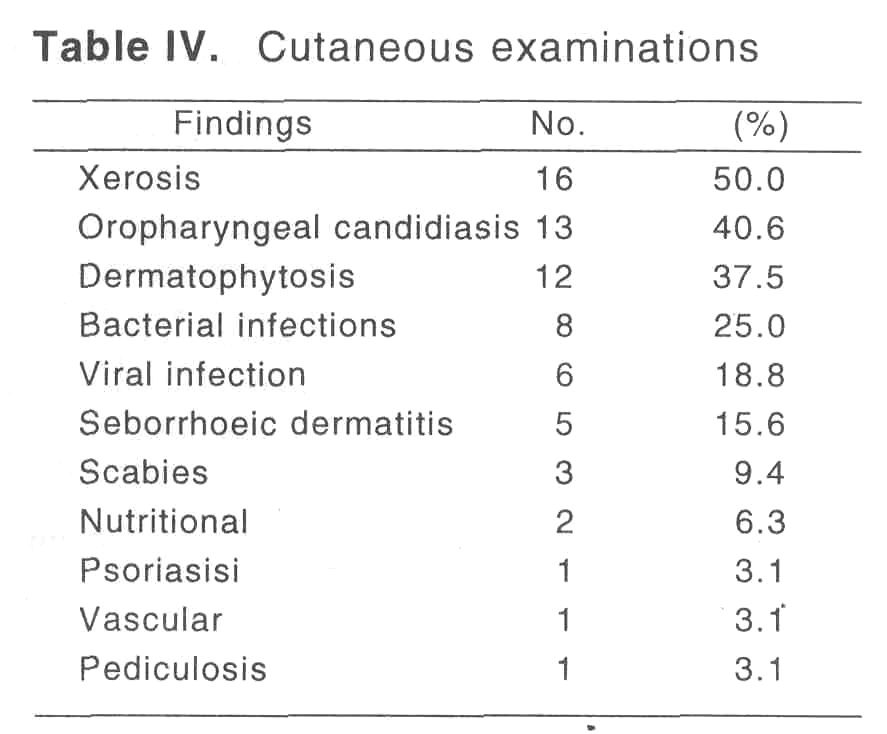 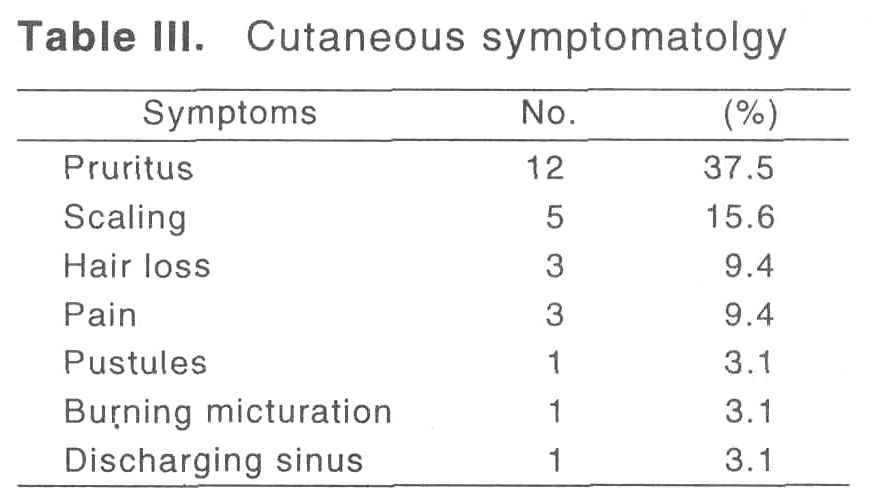 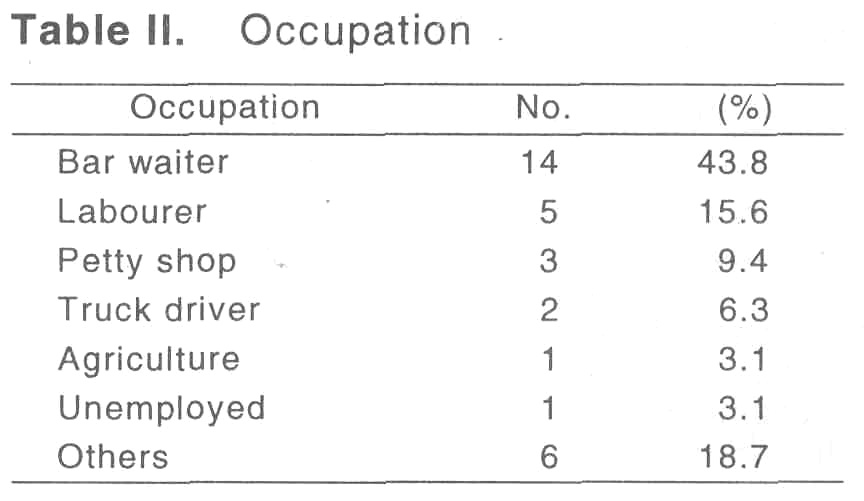 The high incidence of cutaneous manifestations in HIV positive patients is well documentedin literature.[1],[2] Seborrhoeic dermatitis and opportunistic infections from a significant proportion. [3,4] The present study aimed at a complete skin assessment of all HIV positive patients for any dermatological associations. A correlation of these to the course and prognosis of the disease is also documented.

The study was conducted in the dermatology and Venereology department of Wenlock District Hospital, Mangalore. All patiients attending the STD clinic over a period of 16 months from September 1994 to December 1995. Were assessed for HIV disease.

Patients who were confirmed cases of HIV infection were included in the study. The study group included a total of 32 patients comprising 29 males and 3 females.

A comprehensive systemic examination was preceded by relevant related and specific clinical history. Importance was given to cutaneous findings which would be of diagnostic and prognostic help in HIV infection. This was followed by necessary investigations and treatment. A complete follow up was done on a monthly basis.

Of the total 5949 patients attending the skin OPD, 393 attended the STC Clinic. Thirty two HIV positive patients were detected during the routine screening of these STD patients. The male/female ratio was 9.67:1 [Table - 1], majority of patients belonged to the age group 26-35 years.

[Table - 2] denotes the occupation of the patients. High frequency was noted in those groups which necessitated a stay away from home leading to lack of restraints, alcohol consumption and a higher chance of contact with commercial sex workers.

Fever and weight loss was the major presenting symptom (71.88%) in these patients. [Table - 3] shows the presenting cutaneous symptoms. Pruritus was the main symptom noted in 12(37.50%) patients.

[Table - 5] lists the cutaneous findings. Xerosis was the commonest cutaneous finding (50%) followed by orpharyngeal candidiasis (40.63%) which presented as white pseudomembranous patches or as erosive lesions in the oropharynx. Seborrhoeic dermatitis involving 5(15.62%) patients presented in an atypical, extensive and rapidly evolving form.

VDRL test was reactive in 2 patients. Acid fast bacilli were detected in the sputum of 3 patients. Of the 32 patients, 4 patients died during the course of the study. It was interesting to note that extensive and recurrent oropharyngeal candidiasis preceded death by about a month in all these patients.

The systemic features of HIV infection like fever, weight loss and generalized lymphadenopathy are well documented and hence this study focussed on the cutaneous manifestations and its role as a marker of advanced disease process.

Pruritus was noted in 37.50% and among these an association with xerosis was noted in 50%. It was interesting to note that 2 patients had pruritus alone in the absence of any dermatoses.

Oropharyngeal candidates was a significant prognostic indicator as it preceded death in 4 patients by a month and rest had associated monilial diarrhoea with deteriorating general health.

Infections were common. Extensive tinea corporis that lacked the classical annular morphology was seen in 75% of patients with dermatophytosis. Staphylococcal pyoderma noted in 25%, responded poorly to treatment and was recurrent. Seborrhoeic dermatitis which was in 15.62% presented in an atypical, extensive and rapidly evolving form.