If you have ever looked for an old journal article on our website, you may have noticed that our digital archive of full-text articles goes back only to 1990. Citations go much further back to 1961 and abstracts are available for some of those articles, but that is hardly enough in an age that seeks instant and complete gratification. The only way to procure an article published before 1990 is to find a hard copy of the issue that carried the article and to photocopy it. We suspect that some give up the search unless the journal is easily available in their library and many do not even try. The need for these articles is not imagined; every once in a while, we receive requests for older articles unavailable on the website and these requests come from around the world. On the website, issues with full-text articles were accessed about 50,000–100,000 more times than issues that carried only abstracts, providing further evidence of their value. It is a clear disadvantage not to have access at a time when it is relatively easy to make this online resource available.

A few decades ago, it was a different story. In the late 1980s and the early 1990s, Prof. A. K. Bajaj brought out a series of three volumes that listed the titles and abstracts of all articles that had appeared in the Journal, arranged alphabetically by disease. These volumes were arranged by the decade and appeared in the nonlinear order of some recent movie trilogies: 1971–1980 first, followed by the prequel for 1961–1970 next [Figure - 1] and 1981–1990 last. We remember buying one of them and being gifted another by Prof. Bajaj, who received gratitude and congratulations for undertaking this onerous but useful task. These documents served an important purpose. An oft-heard complaint in those days, and one that is not entirely muted now, was that publications in Indian journals were ignored by authors who failed to cite them when writing papers on the same or related subjects. One reason was that many of our journals were not indexed in Index Medicus, that formidable multi-volume listing by subject and author of all articles published in journals that were on the indexed list, a forerunner in paper of the electronic MEDLINE (see below). Another was the difficulty in performing a search for Indian articles not only for authors, but also for reviewers who might otherwise point out the lapse in citation. When a reviewer himself had published an article on the subject previously, there was an opportunity to provide the citation (and a certain power to ensure its inclusion!), but this was a somewhat hit-and-miss method and clearly not a foolproof, or even efficient one. Prof. Bajaj's volumes allowed one to look for previous citations on a particular topic in the Journal. The meticulous worker could follow this up with a search for the entire article in his personal library or in that of a medical college or other central repository such as the National Medical Library. It is anachronistic to have to employ similar methods more than three decades later when so much has changed in how we store and access data.

In 2005, our Journal was indexed in MEDLINE, the US National Library of Medicine journal citation database of selected biomedical and life sciences journals. PubMed is an online tool of the Library that provides access to the MEDLINE database of approximately 22 million references and an additional approximately 3 million references that include among others, journals that are not indexed in MEDLINE and of particular interest in the current context, citations that precede the date that a journal was selected for MEDLINE indexing. This is why articles that appeared earlier than in the January–February issue of 2005, when MEDLINE indexing for the Journal began, are also searchable on PubMed. However, a quick search for articles by an author who has published regularly in the Journal for several decades revealed that the earliest reference to appear in PubMed was from 1995. PubMed will include articles if the publisher supplies electronic records of them. This is an opportunity to expand our presence on a commonly utilized database.

Prof. J. S. Pasricha, a former chief editor of the Journal, possessed a set of print issues of the Journal dating back to 1961 that he handed over to one of us (BKK) when he retired from service at the All India Institute of Medical Sciences in 1998. Some additional issues of the Journal were also stored in the departmental library. In the years since, as elsewhere around the world, workforce and equipment increased in our department without a corresponding increase in space and there was significant pressure to discard material not of immediate utility. However, the combination of reverence for a teacher and his gift and an unfashionable love of old things, particularly books kept these volumes in our possession. Some months ago, we were asked if we could find space for old copies of the journal that had once been housed in the departmental library and had since moved to cupboards in a faculty office that now required to be cleared out. We added these to our collection. A list of our holdings up to the end of 1989 appears in [Table - 1]. As you can see, there are gaps in our collection. If you have any, some or all the missing issues, please let us know. It will help us make all the issues available online. 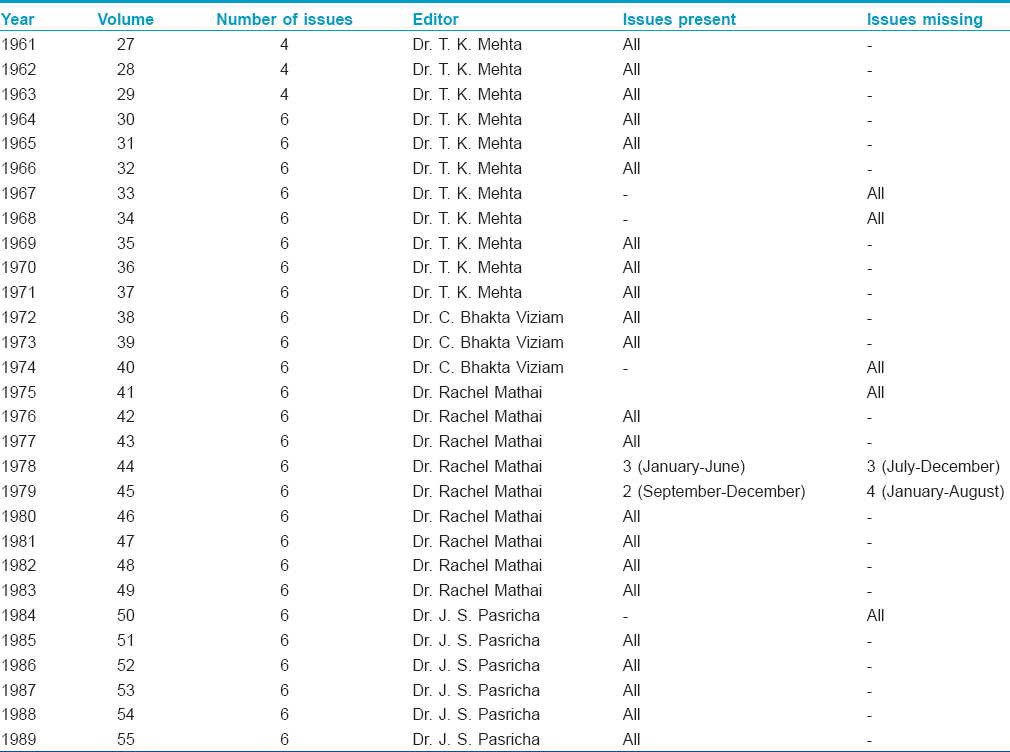 Table 1: Availability of hard copies of the journal from 1961 to 1989 for conversion to full-text online

Considering how much we wanted to do this, it took us surprisingly long to get started. Several months ago, we began talking to our publishers about digitizing these volumes. Incomprehensibly, progress was slow and at one point we considered buying a scanner and hiring someone to set about scanning all the journals. Then, some months ago, we received a quotation for uploading both PDFs and HTML versions of the articles, but this was unaffordably high and we opted to upload PDF versions alone as this could be done at a reasonable price. A sample article was scanned and sent to us and we noted that the background had been rendered uniformly white, the page was vertical and the text easily readable. We believe that in some instances the PDF may be easier to read than the original. Satisfied with the sample, we decided to go ahead with the project. Last month, we put all our journals into a large carton and despatched the heavy, 26 kg package to an address in Thanjavur where they will be transformed into ethereal e-documents. Now, that work has begun, it is proceeding apace. PDFs of articles that appeared in 1971 are currently being uploaded [Figure - 2] and we hope to cover the other years in the next few months.

Not very long from now, we hope that when you look for an article in the Journal, you will invariably find the full-text online, whenever it may have been published.