Guidelines on the use of finasteride in androgenetic alopecia

Finasteride is widely used for the treatment of androgen-dependent hair disorders such as androgenetic alopecia. [1] It is a selective 5 alpha reductase inhibitor and is administered orally in a dose of 1 mg once daily for androgenetic alopecia. The bioavailability following oral intake of 1 mg ranges from 26% to 70% with a mean of 65%. It is not related to food intake. The average peak plasma concentration is found to be 9.2 ng/ml. The terminal half-life is approximately five to six hours in men between 18 and 60 years of age and eight hours in men older than 70 years of age. [2] It is extensively metabolized in the liver by cytochrome P450 3A4 enzyme subfamily and excreted in urine and feces. Finasteride has been tried in several doses ranging from 0.2 mg to 5 mg but 1 mg per day is the optimal dose for the treatment of men with male pattern hair loss. There is no difference in efficacy between doses of 1 mg and 5 mg. [3] Long-term daily finasteride is advocated and leads to sustained improvement. [4],[5],[6]

Two hundred and sixty two studies were evaluated, twelve of which fulfilled the inclusion criteria for the guidelines.

Efficacy of the drug in androgenetic alopecia

Several publications have established the usefulness of this drug in the management of androgenetic alopecia. A systematic review of twelve studies showed moderate quality evidence that the daily use of oral finasteride increases hair count. It also improves the patient and investigator assessment of hair appearance (evidence level 1+). [8] Long-term use for up to five years has been shown to decrease the likelihood of developing further visible hair loss (evidence level 1+). [6] A study of 270 men with high levels of serum 5 alpha-dihydrotestosterone showed that starting the drug in younger patients had a better response (evidence level 1+). [9] Another study assessed its efficacy over a ten year period and found that efficacy was not reduced with time. In fact, a large proportion of subjects who had no change after a year improved later on maintaining a positive trend with long-term use (evidence level 1++). [4] An Indian study of 100 patients suggested that finasteride alone, or in combination with minoxidil or ketoconazole, showed statistically significant improvement (P < 0.05) over minoxidil only recipients (evidence level 1+). [10] The study concluded that a combination of drugs enhanced the efficacy.

These studies show that the drug is efficacious in once daily doses of 1 mg. It works better when started early, and the effect is sustained with long term use of up to 10 years. It acts better in combination with other drugs such as minoxidil (grade of recommendation B). Although there was 1 + level of evidence in support of safety, the authors mark it as level ′B′ of evidence. This is because of a recent publication that claimed adverse side effects could persist even after discontinuation of therapy resulting in the so called post-finasteride syndrome. [14],[15]

Evidence for topical formulations of finasteride is scanty. Only one randomized study was available, therefore it needs more systematic documentation in further studies (grade of recommendation B).

The major drawback of finasteride has been side effects on sexual function. [16] This is the major deterrent for patients taking the drug and is responsible for poor compliance. This has received a lot of attention on the internet and in the press and hence requires proper consideration. There are conflicting reports about the side effects and lack of side effects which are discussed below. 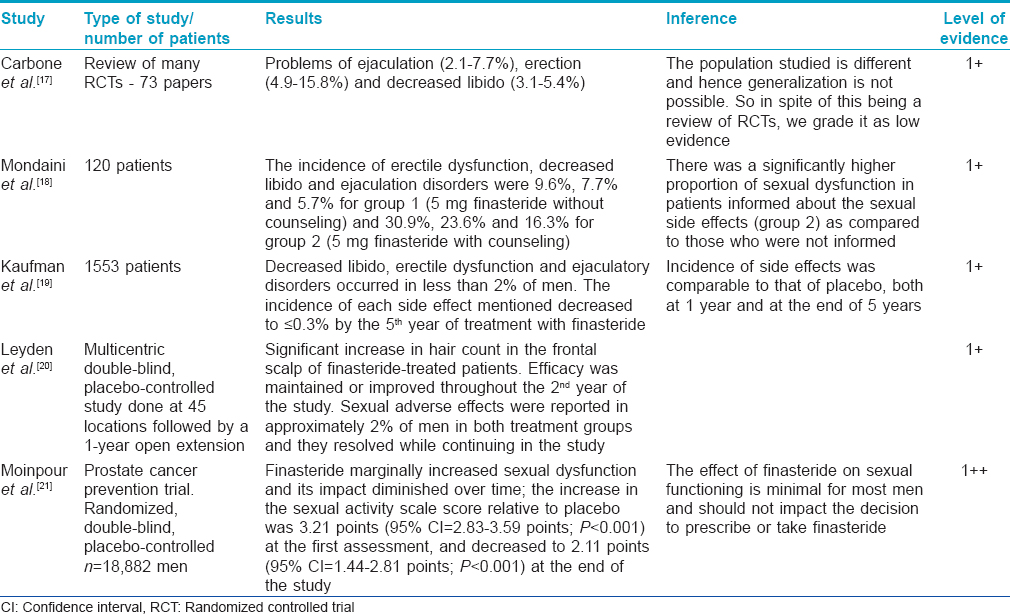 Table 1: Studies which found the side effects to be not significant

Many studies have concluded that the side effects are not significant. [17],[18],[19],[20],[21],[22] These studies reveal that sexual adverse effects occur at the rate of 2.1-3.8% (comparable to placebo). Erectile dysfunction is the most common side effect followed by ejaculatory dysfunction and loss of libido. These effects occurred early in therapy and returned to normal on stoppage of the drug or while continuing use of the drug over a period of time. The nocebo effect may explain side effects in some patients. [22] These studies have concluded that the effect of finasteride on sexual functioning is minimal for most men and should not impact the decision to prescribe or take finasteride. A recent review on the available literature arrived at similar conclusions (grade of recommendation B). [23]

Studies which found the side effects to be significant [Table - 2] 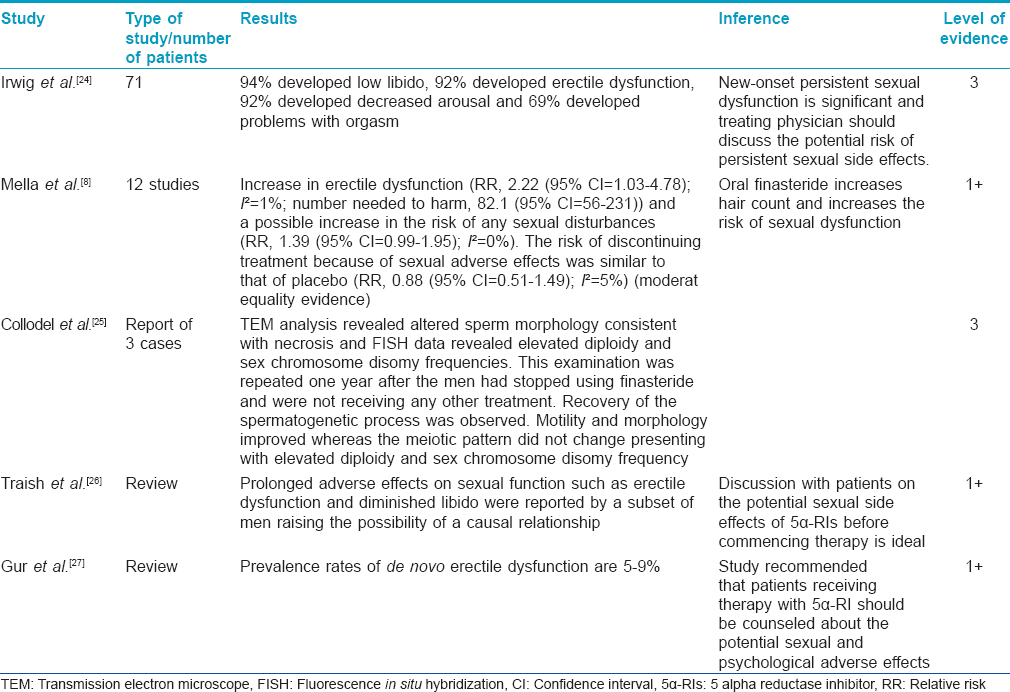 Table 2: Studies which found the side effects to be significant

There are a few recent studies which have documented findings contrary to the above. [24],[25],[26],[27] These suggest that a subset of patients receiving finasteride may develop sexual side effects which may not be entirely reversible. They suggest that this deserves serious consideration and it needs to be discussed with patients. However, there were many limitations in these studies. Some of them had small sample sizes, selection bias, recall bias for data before finasteride administration, and serum hormone analysis was not done (grade of recommendation C).

Use of finasteride and prostate cancer

Position of other professional societies

Given the conflicting data and importance of the subject, the International Society of Hair Restoration Surgery established a task force on finasteride adverse event controversies to evaluate published data and make recommendations. [28] The task force did not find much evidence on sexual dysfunction with once daily doses of 1 mg finasteride used for hair loss. They also urged the medical community to verify anecdotal reports and encouraged further studies.

Food and Drug Administration position on the subject

The Food and Drug Administration (FDA) recently reviewed 421 post marketing reports of sexual dysfunction with the use of finasteride, 1 mg submitted to the agency′s adverse events reporting system database between 1998 and 2011. They found that most of these side effects returned to normal within three months of discontinuing the drug. In addition, analysis of controlled clinical trials showed that 36 (3.8%) of 945 men had reported one or more adverse sexual experiences during treatment with 1 mg finasteride as compared to 20 (2.1%) of 934 men who received placebo. The FDA reviewed 251 cases of altered semen quality with the use of 1 mg finasteride from the sponsor′s safety database and expressed the need for further evaluation of 13 cases.

On April 11, 2012, the U.S. FDA announced changes to the professional labels for Propecia (finasteride 1 mg) and Proscar (finasteride 5 mg) to include libido disorders, ejaculation disorders and orgasm disorders that continued after discontinuation of the drug. They also added a description of reports of male infertility and/or poor semen quality that normalized or improved after drug discontinuation. Although these are not established, they are included in labels to make patients and doctors aware of the side effect profile.

The FDA states that there is no clear cause and effect relationship between finasteride and the sexual adverse events that continued after stopping the drug. Healthcare professionals should consider this new label information when deciding best treatment options. Finasteride remains a safe and effective drug for its approved indications.

In view of this, IADVL therapeutic guidelines committee makes the following recommendations to help members of IADVL in their practice and usage of the drug:

Finasteride in the management of female pattern hair loss

Female pattern hair loss is difficult to manage and its exact etiopathogenesis is yet to be determined. Although finasteride has been shown to be effective in patients of female pattern hair loss, its clinical efficacy is controversial. There is limited data available on the subject, which is discussed below.

The mechanism of action of finasteride in female pattern hair loss is unclear. A daily regimen of 1 mg orally as indicated in male pattern hair loss may be recommended for those who fail or cannot tolerate minoxidil therapy. A trial of therapy for one year is needed to assess stabilization of hair loss and hair regrowth may take up to two years or longer. Although data is sparse, menopausal status, circulating androgen concentrations and concomitant symptoms of hyperandrogenism do not appear to predict a response to finasteride. The drug is generally well tolerated. Women of childbearing potential must adhere to reliable contraception while receiving finasteride. Pregnancy testing is mandatory before starting the drug. It is contraindicated in pregnancy due to teratogenicity. [32]

A study (evidence level 2+) which was double-blind and placebo-controlled evaluated the efficacy of finasteride in 137 postmenopausal women with androgenetic alopecia over a period of one year. They concluded there was no significant difference in the hair count between the finasteride and placebo groups at the end of one year. Both treatment groups had a significant decrease in hair count over the frontal and parietal scalp during the study period. The patient and investigator assessment, photographic assessment and scalp biopsy analysis did not demonstrate any slowing of hair thinning, increase in hair growth or improvement of hair appearance in the finasteride treated subjects when compared with the placebo group. In postmenopausal women with androgenetic alopecia, finasteride in doses of 1 mg per day taken for one year did not increase hair growth or slow the progression of hair thinning. [33]

Given the lack of efficacy of finasteride, 1 mg higher doses of 2.5 to 5 mg daily have been tried. [34],[35] These studies concluded that oral finasteride in doses of 2.5 mg per day or more may be effective for the treatment of patterned hair loss in postmenopausal women, in the absence of clinical or laboratory signs of hyperandrogenism (grade of recommendation C).

There is limited evidence (level C) for the use of finasteride at higher dosages for treatment of female pattern hair loss in postmenopausal women. The drug is a useful option for treatment failure cases. The use of this drug in childbearing age groups is not recommended in view of possible teratogenicity. It should be prescribed with proper counseling to avoid pregnancy. Informed consent and adequate contraceptive measures should be taken.

Finasteride is a widely used drug in dermatology for the treatment of androgenetic alopecia. Current evidence on the safety of finasteride indicates that it is safe, but there is growing concern about its sexual side effects. In view of this, proper information should be provided to patients before starting treatment.