Interferons (IFNs) are glycoproteins belonging to the family of cytokines and have antiviral, antitumor, and immunomodulatory activities. Nagano and Kojima, Japanese virologists, noticed viral growth inhibition in an area previously inoculated with virus and named  it as "viral inhibitory factor" but their work was not fully appreciated. The main credit for discovering interferons has gone to Isaacs and Lindenmann who also coined the term "interferon."

Interferons are classified based on receptor binding and structural and biochemical differences [Table - 1].

Table 1: Classification of interferons on the basis of receptor binding, structural and biochemical differences

On the basis of receptor binding there are three types of interferons:

IFN type I: Binds to IFN-α receptor (IFNAR) that consists of IFNAR1 and IFNAR2 chains.

IFN type II: Binds to IFNGR that consists of IFNGR1 and IFNGR2 chains.

IFN type III: Signals through a receptor complex consisting of IL10R2 and IFNLR1.

Interferons are known to exhibit a myriad of activities which are depicted in [Figure - 1]. These include

Interferons have potent, but non-specific antiviral activity through inhibition of virus entry, viral protein synthesis and virus maturation and through induction of assembly defects.

Interferon-λ has been shown to inhibit keratinocyte proliferation.

Various routes of administration of interferons include subcutaneous (SC), intramuscular (IM), intralesional, aerosols, topical, and possibly intravenous. Bioavailability is over 80% for IFN-α, but only 20-40% for IFN-β and 30-70% for IFN-γ. These are metabolized in the liver and eliminated by the kidneys.

Peak plasma concentrations are achieved in 1-12 h with plasma half-life of <12 h. Nowadays, interferons are conjugated with polyethylene glycol (pegylation). This process increases their molecular weight and delays renal clearance, thereby leading to a longer half-life.

[Table - 2] and [Table - 3] describe the indications of interferons in dermatology. 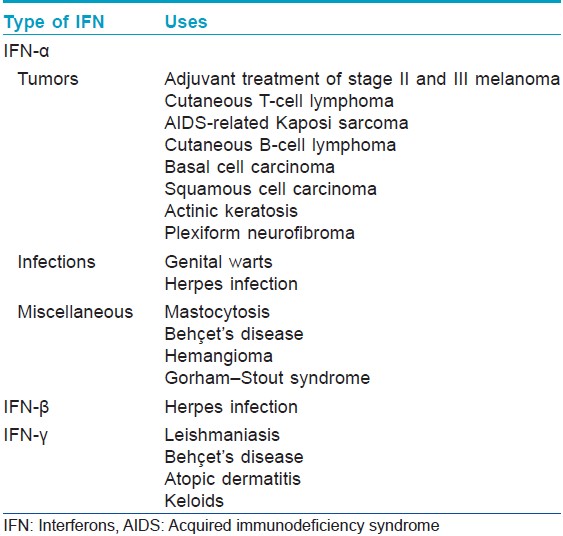 Table 2: Indications of interferons in dermatology 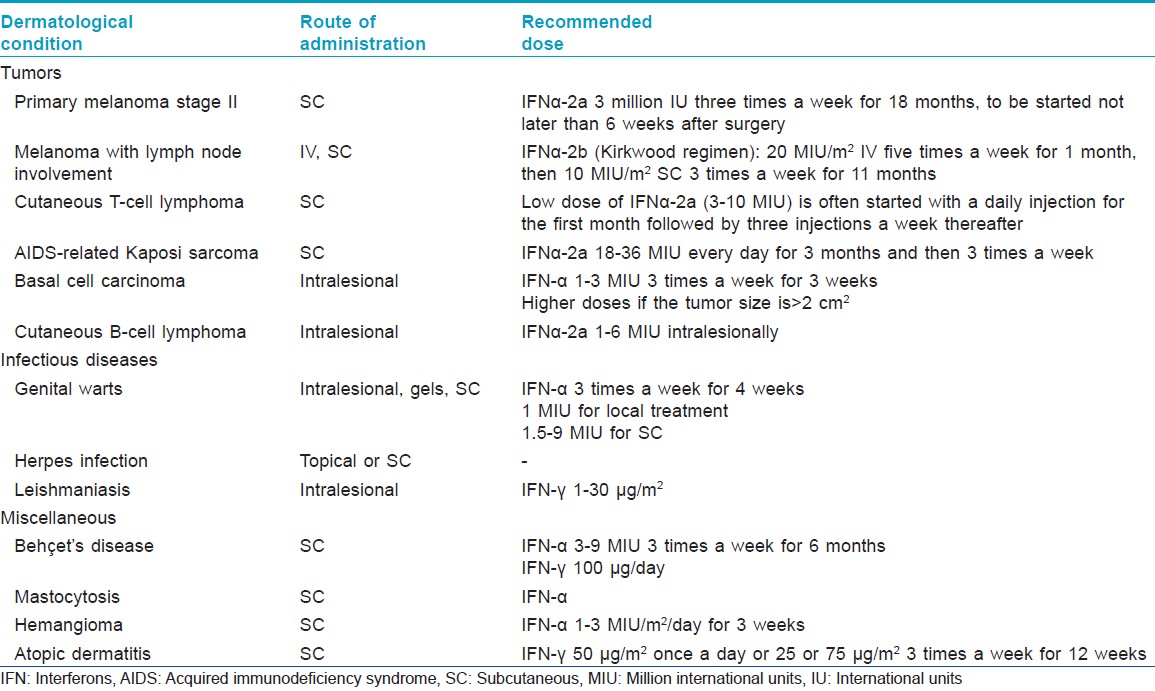 Table 3: Route of administration and dose of interferons in various conditions

Various studies show a significant increase in progression-free survival with interferon in melanoma. [3] Most studies did not report a statistically significant difference in terms of overall survival between the treated and untreated patients. [3] Various good prognostic factors put forth include primary tumor ulceration and development of autoimmunity. [4]

Interferon-α is no longer indicated in patients with distant metastases in view of the poor response rates. [5] Interferon-γ and β are currently under trial.

Interferons can be combined with other treatments such as PUVA and extracorporeal photopheresis with higher chances of remission.

Kaposi sarcoma [7]Interferon-α2a is used for the treatment of AIDS-related Kaposi sarcoma with a CD4 count greater than 250/mm 3 and no history of opportunistic infections or constitutional symptoms. The response rates are highly variable and depend upon patient-related factors such as CD4 count. Anti-retroviral treatments such as zidovudine and didanosine act synergistically with interferons, allowing use of lower doses of the latter.

A meta-analysis conducted in 2009 explored the use of local (intralesional injections or gels) or systemic (subcutaneous) interferons versus placebo for genital warts. [8] Complete response rate was significantly higher (P < 0.001) with local IFN (44.4%) than with placebo (16.1%). The risk of recurrence was significantly lower in the local IFN group.

Interferon-γ has been used successfully in  leishmaniasis due to its stimulatory effect on macrophages and NK cells with success rates of 70% in the oriental form and 40% in the American form.

In herpes virus infections, presently, interferons are considered inferior to antiviral agents due to the lower efficacy, higher cost, and poor tolerability.

High response rates with subcutaneous interferon-α have been reported in mucocutaneous lesions (86%), articular lesions (96%), and eye damage refractory to conventional treatments (94%) in Behçet′s disease. [11],[12] Interferon-γ has a beneficial role only against cutaneous manifestations of Behçet′s disease.

Subcutaneous interferon-α is one of the first-line treatments for aggressive systemic mastocytosis and is effective against the dermatological, hematological, gastrointestinal, and skeletal symptoms. [13]

Various studies report complete response rates of 67-86% with interferon-α in basal cell carcinoma (BCC). Its combination with imiquimod has shown better efficacy. However, it is not effective against aggressive forms such as desmoplastic BCC.

Interferon-α may be tried in cases where beta-blockers and corticosteroids have failed. [15] The improvement is generally rapid with response rate of about 80%. The main adverse event observed was the rare, irreversible neurotoxicity of the spastic diplegia type.

IFN-γ has immunomodulating properties due to its inhibitory effect on the production of IL-4. [16] Various studies have shown response rates of approximately 45% in atopic dermatitis patients, irrespective of the dose administered.

The adverse effects of interferons are dose-dependent and generally remit either during continued therapy or after dose reduction. The most common side effect reported is "flu-like" symptoms characterized by fever, sweats, chills, myalgias, and arthralgias. These symptoms typically resolve over the first 10 days of treatment and can be managed with paracetamol. Other side effects include hematological (neutropenia, thrombocytopenia), metabolic (hypocalcemia, hyperlipidemia), neurological (headaches, difficulties in concentration, confusion), psychiatric (depression, insomnia, anxiety, mood swings), cardiovascular (palpitations, conduction disturbances, decompensation of unstable cardiac disease), gastrointestinal (nausea, diarrhea, abdominal pain), renal toxicity, cutaneous (reversible alopecia, xerosis, injection site reactions, and pain), and sexual disturbances in the form of menstrual irregularities and decreased libido.

Most of these side effects are reversible upon discontinuation, with the exception of certain autoimmune diseases.

Vinca alkaloids (vinblastine, vincristine), when used along with interferons increase the risk of neurotoxicity.

CNS depressants like narcotics, hypnotics, and sedatives increase the risk of neurological adverse effects when used concomitantly with interferons.

Interferons have a variety of biological activities. There is an ever-expanding list of their indications in dermatologic diseases. However, it should be kept in mind that interferons are a double-edged sword since they can exert useful anti-inflammatory and immunomodulatory effects while also having the potential to induce or exacerbate autoimmune disorders.