Auto-rickshaws are the main mode of public transport in urban and semi-urban areas. These auto-rickshaws are a cheap and easily available source of public transport in most of the cities. Nagpur is one of the biggest cities and the second capital of Maharashtra. It is situated in the central part of India. As for many other cities; the auto-rickshaws are main mode of public transport in Nagpur city. As we all know, long distance drivers, i.e. truck and lorry drivers, are at a higher risk of acquiring various sexually transmitted diseases (STDs) including HIV/AIDS due to their high risk behavior. The auto-rickshaw drivers can also exhibit this high risk behavior. They are mobile throughout day and night and are consistently visiting red light areas of the city to ferry female sex workers and their clients to and from these areas. So, it is very important for their own and family′s safety to have a fair knowledge of various STDs including HIV/AIDS. There have been several studies on the knowledge and attitude of long distance truck, [1],[2],[3],[4],[5] bus, [2],[3] and taxi [2],[3],[4],[5] drivers about HIV/AIDS and other STDs; but very few studies have been carried out on auto-rickshaw drivers. [5],[6],[7],[8] Therefore, this cross-sectional study was conducted with the objective of finding the knowledge and attitude of auto-rickshaw drivers regarding sexually transmitted diseases including HIV/AIDS.

The period of study was from June 2006 to December 2008. Approval from institutional ethical committee was taken before commencing the study. A pilot study was done on 100 subjects to check the feasibility of the study and to test the proforma. Sample size for the main study was also calculated based on the findings of this pilot study. Subjects were conveniently selected from auto-rickshaw stand of Nagpur railway station after confirming that they had enough time to be interviewed and examined. Confidentiality of the study subjects was assured and maintained throughout the study. Informed consent of each study participant was taken before starting the interview. 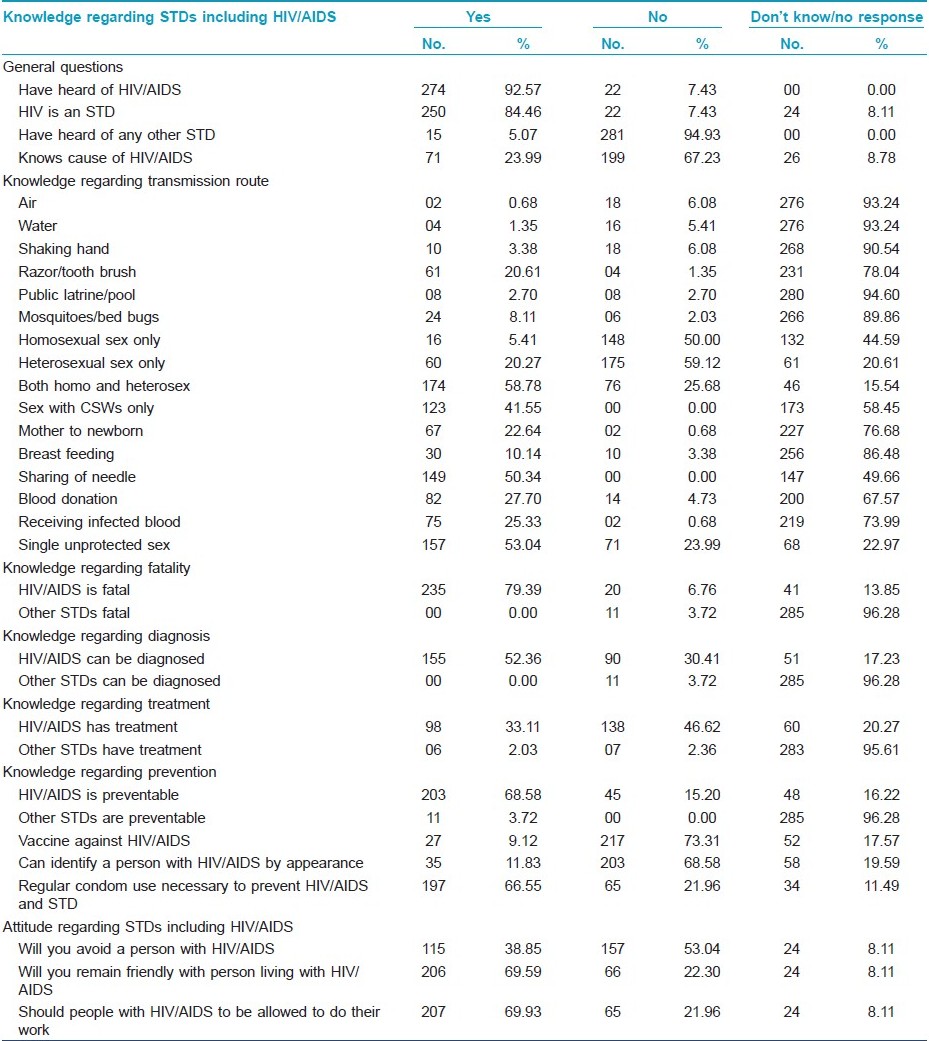 Table 1: Distribution of study subjects according to their knowledge and attitude regarding sexually transmitted diseases including HIV/AIDS (n = 296)

Regarding knowledge of transmission routes of HIV/AIDS, the following results were found: both homo and heterosexual intercourse (58.78%), sharing of needles (50.34%), receiving infected blood (25.34%), from mother to her baby (22.64%), sharing razors or brushes (20.61%) and breast feeding (10.14%). 66.55% subjects said that condom use was necessary during each sexual intercourse to prevent HIV/AIDS, while 53.04% said that single unprotected sex could cause HIV/AIDS.

So, the level of knowledge of auto-rickshaw drivers regarding various STDs including HIV/AIDS was not satisfactory. It is recommended to make them aware regarding transmission route, safe sex and regular condom use which can be done through health education campaigns by using mass media (i.e. TV, radio, newspaper) or by conducting health camps.