Androgenic alopecia is the most common type of hair loss in men, characterized by transformation of thick terminal hair follicles into thin vellus-like hair follicles. It occurs under the influence of androgens in genetically predisposed individuals.[1] The mode of inheritance is likely to be polygenic.[2] Various studies have associated androgenic alopecia with increased risk of coronary heart disease, but the pathophysiology is poorly understood.[3],[4],[5] Metabolic syndrome is a cluster of inter-related risk factors that increase the risk of atherosclerotic cardiovascular disease.[6] Our study looked at the association between metabolic syndrome and early-onset androgenic alopecia in a southern Indian city.

We undertook a hospital-based analytical cross-sectional study of 85 cases and 85 age-matched controls attending the skin outpatient department between September 2011 and August 2013. Men in the age group 18–55 years with clinically diagnosed early-onset androgenic alopecia (age <35 years) with Norwood type III or above were included as cases. Men aged between 18 and 55 years with a dermatological disease other than androgenic alopecia were included as controls.[7] Most controls had warts or benign nevi. The study was limited to patients <55 years of age due to the increase in the prevalence of androgenic alopecia with age.[8] Patients receiving hormone replacement therapy with testosterone, those on corticosteroid therapy and those with hypothyroidism and psoriasis were excluded to minimize the role of other variables in the pathogenesis of androgenic alopecia and metabolic syndrome. The study was limited to men because of the possible differences in pathogenesis and the controversial role of androgens in female pattern hair loss.[9]

Permission to conduct the study was taken from the time-bound Ethics Committee of the Institution. After obtaining informed consent, detailed history and clinical examination were conducted and the details entered in a proforma. The history included age, occupation, duration of alopecia (based on patient history), treatment details for alopecia, smoking, alcohol consumption and sedentariness (<30 min of physical activity/day). Personal history of, and drug history for hypertension, diabetes mellitus and dyslipidemia was obtained. Diagnosis of androgenic alopecia was based on history and clinical findings including early age of onset (<35 years) and pattern of increased hair thinning on frontal and parietal scalp with greater hair density on the occipital scalp. Family history of androgenic alopecia was also noted. The degree of androgenic alopecia was based on the Norwood scale (III–VII). Data on weight, height and waist circumference was recorded. Waist circumference was measured at the midpoint between the lower margin of the last palpable rib and the top of the iliac crest at the end of a normal expiration. Systolic and diastolic blood pressure (BP) were measured after a 5-min rest and again 10 min later, recording the mean value. Body mass index was calculated by dividing weight (in kg) by height (in m2). Fasting plasma sugar and complete lipid profile were analyzed in blood samples drawn between 8 and 9 am, after a 12 h fast.

Analysis was carried out using Statistical Package for the Social Sciences (SPSS) version 17.00 (SPSS Inc. 233, South Walker Drive, 11th Floor, Chicago, IL) The Student's t-test was applied to compare mean values of quantitative variables. Qualitative variables were analyzed with a Chi-square test. P < 0.05 was considered significant. The sample size of the population was determined by positing the prevalence of metabolic syndrome in the control group as 10% and estimated 3-fold increase in metabolic syndrome in patients with androgenic alopecia (based on earlier studies). For significance level (α) at 0.05 and power factor (1-β) at 80%, it was necessary to have at least 78 patients per group.

The study included 85 cases and 85 controls. The descriptive characteristics of the study are given in [Table - 1]. 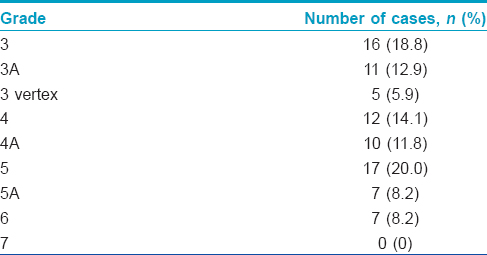 Table 2: Distribution of cases according to degree of alopecia

Table 3: Distribution of components of metabolic syndrome among cases and controls

Table 4: Association of grade of alopecia with metabolic syndrome and its components 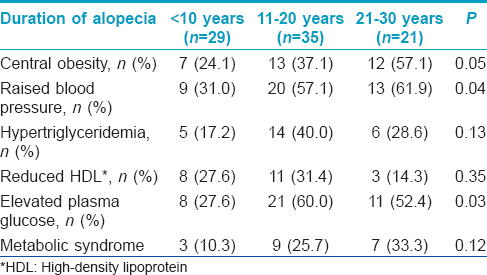 Table 5: Association of duration of alopecia with metabolic syndrome and its components

Higher prevalence and earlier onset of coronary heart disease have been seen in South Asians probably due to genetic and environmental influences.[11] We were unable to find any previous studies of the association of metabolic syndrome and androgenic alopecia in a southern Indian population.

The limitations of our study include the small sample sizes in subgroups. Further studies with large sample sizes are needed to establish the relationship between the grade or duration of androgenic alopecia with metabolic syndrome, as well as its components. The duration of alopecia was based on patient history which might not be accurate particularly in a condition which has a gradual onset. Since our study was a cross-sectional study the temporal relationship between metabolic syndrome and androgenic alopecia could not be established.

This study was partly supported by the research funds of Manipal University.