Background: Although the risk of sexually transmitted infections is far greater during vaginal and anal sex than during oral sex, increasing practice of oral sex and low rates of barrier method use will probably increase the relative importance of oral sex as a route of transmission for genital pathogens.
Aims: The aim of this study was to evaluate knowledge and attitudes about oral sex and sexually transmitted infections, as well as oral sex practices, both among heterosexuals and homosexual men and to compare those two groups.
Materials and Methods: In this cross-sectional study, data were collected from consecutive sexually active male patients who ever had oral sex and who attended counselling for sexually transmitted infections at the City Institute for Skin and Venereal Diseases in Belgrade from March to June 2016. One dermatologist interviewed all participants.
Results: The study included 359 men who ever had oral sex, 95 (26.5%) homosexual and 264 (73.5%) heterosexual men. In comparison with heterosexual men, homosexual men had considerably more lifetime sexual partners and oral sex partners during the past 3 months, and significantly more frequently practiced oral-anal sex. Oral-sex related knowledge of all participants was unsatisfactory [correct answers were given by 95 (26.5%) to 277 (77.2%) participants], but it was significantly better in homosexual men than in heterosexual. Frequency of condom use and human immunodeficiency virus testing was also significantly higher in the case of homosexual than heterosexual men.
Limitations: The study was not performed in representative sample of population. It was restricted to the patients. Consequently it is questionable whether the results obtained could be generalized.
Conclusion: Oral sex related knowledge deficits and risky oral sex practice exist in both homosexual and heterosexual men. These findings indicate a need for effective public health campaign and patient education about the risks of unprotected oral sex.

Oral sex is commonly practiced by sexually active male-female and same-gender couples of various ages, including adolescents. People may engage in oral sex as part of foreplay before sexual intercourse or during or following intercourse. The National Survey of Family Growth, a survey of 15–44-year-olds in the United States, found that 48% of males aged 15–19 had oral sex with a female partner, whereas among 20–24-year-old men this percentage was 80%.[7] In the same study, among adults aged 25–44, 90% of men had oral sex with an opposite-sex partner. Another study has shown that higher percentage of boys aged 15–19 reported receiving oral sex (47%) than giving oral sex (35%) and among males aged 15–24, 24% had first oral sex before their first intercourse.[8]

Although we do not possess data regarding oral sex practices in our country, during an outbreak of early syphilis in Belgrade in 2011, the majority of patients acquired syphilis infection through oral sex.[10] Unprotected oral sex is a risky behavior and bad oral health and oral lesions increase the chances of transmission of sexual pathogens.[11]

The aim of this study was to evaluate our patient's knowledge and attitudes about oral sex and sexually transmitted infections, and their oral sex practices, both among heterosexuals and homosexual men and to compare those two groups to identify any distinct need with regard to the prevention of venereal diseases contracted by oral sex.

In this cross-sectional study, data were collected from consecutive sexually active male patients who had oral sex and attended counselling for sexually transmitted infections at the City Institute for Skin and Venereal Diseases in Belgrade.

The research was approved by the Ethics Committee of the City Institute for Skin and Venereal Diseases in Belgrade.

Data were presented as numbers and percentages. Chi-square test or Fisher's exact P test were used to assess differences between heterosexual and homosexual men. 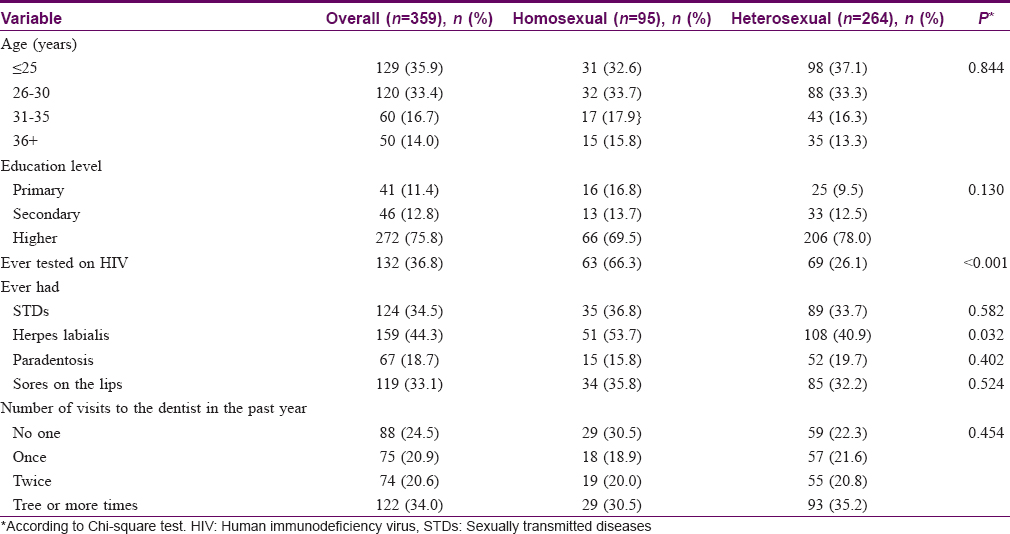 Table 1: Some characteristics of homosexual and heterosexual men who ever had oral sex

Table 2: Oral-sex related knowledge in homosexual and heterosexual men who ever had oral sex 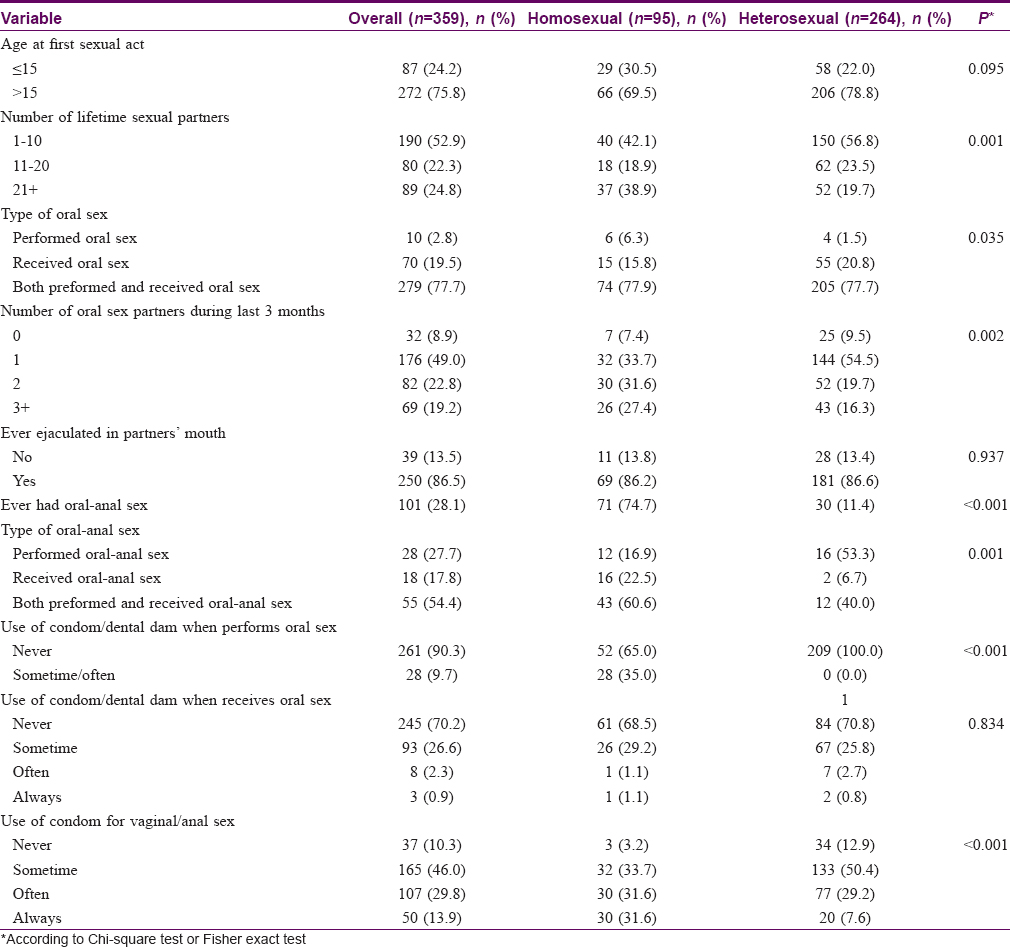 Table 3: Sexual behavior of homosexual and heterosexual men who ever had oral sex

In this study, special attention was paid to homosexual men because, according to literature data, they more frequently suffer from sexually transmitted infections, including HIV in comparison to heterosexual men.[12],[13] According to the Centre for Disease Control and Prevention estimates, HIV and early syphilis rates among homosexual men are more than 40 times higher than those among heterosexuals.[12] Glick et al. reported that homosexual men have higher periods at partnership acquisition, higher prevalence of partnership concurrency, and more age-disassortative mixing than heterosexuals.[13] This helps to explain higher HIV/sexually transmitted infections rates among homosexual men. In recent years, in Serbia, increasing trend of reported sexual transmission was notified among newly diagnosed HIV cases (88% in 2011 versus 15% in 1991). In addition, when it comes to HIV transmission categories among newly diagnosed HIV-infected people reported during 2002–2011 in Serbia, there is a clear increasing trend among homosexual men (57% of all reported HIV cases in 2011 versus 26% in 2002).[14] Men accounted for most cases of syphilis in Belgrade, the capital of Serbia, during 2010–2014, with the vast majority of those cases occurring among homosexual men.[10] In the present study, similar percentage of men in compared groups reported sexually transmitted diseases in personal history, but we have no data about their lifetime frequency of sexually transmitted diseases.

The present study is the first one that attempted to examine awareness of sexually transmitted infections/HIV transmission by oral sex among men in Belgrade. Our results show that almost one-fourth of study participants did not know that oral sex could be a mode for transmission of venereal diseases. Better oral sex-related knowledge was among homosexual men. One of possible explanations could be the fact that our homosexual men significantly more frequently had voluntary confidential counselling and testing for HIV. This is a widespread preventive practice that is believed to have the potential to affect increase of knowledge, change of attitudes, and decrease of risky behavior for HIV and other sexually transmitted infections.[18] Other explanation for better knowledge among homosexual men could be the fact that prevalence of syphilis and HIV infection in our country is significantly higher in this group, wherefore they received education from physicians during the course of treatment. These facts suggest that health care providers play a valuable role in health education.

Not using a condom (never or sometimes) when receiving oral sex was reported by more than 95% of participants in both groups, although homosexual men had better knowledge and knew that oral sex poses risks for transmission of venereal diseases. This is in line with the results of Stone et al.[16] Better knowledge of sexually transmitted infections prevention is insufficient to motivate the adoption or maintenance of safer sexual behavior.[19] In our opinion, an already established sexual behavior is difficult to change even after sexually transmitted infection, which emphasizes the importance of early sexual education. In our country, sexual education is not a part of the education system.

In various acts of oral sex there is a risk of infections since pre-seminal and seminal fluid, vaginal and rectal secretions, and menstrual blood can get into the mouth. Oral lesions and oral diseases (candidiasis, herpes simplex virus infection, aphtous ulcers, bleeding gums) may be a port of entrance of sexual pathogens. Periodic oral health check-up is mandatory among the people frequently involved in oral sex.

The study has some limitations. The main one is that it was not performed in representative sample of population. Instead, the study included patients who attended the counselling for sexually transmitted infections at the City Institute for Skin and Venereal Diseases in Belgrade, and consequently it is questionable whether the result obtained could be generalized. In addition, the cross-sectional data in this study were prone to potential recall bias. Further, we did not collect data about number of lifetime sexually transmitted infections in history of participants and so we could not evaluate connection between their frequency and participants' sexual behavior and oral-sex related knowledge.

Sexually transmitted infections are among the world's most common diseases and their burden on the health care system and healthcare expenditure is great especially in the lower-middle-income countries because of lower educational and socioeconomic status and inadequacies in health service provision and health care seeking.[20] The results of the present study showed that oral sex-related knowledge deficits and risky oral sex practice exists in both homosexual and heterosexual men. These findings indicate a need for effective public health campaign with emphasis on early sexual education as well as patient education about the risks of unprotected oral sex. Physicians should advise patients to use condoms or dental dams when performing or receiving oral sex especially with a partner whose sexually transmitted infection/HIV status is unknown.

This study was supported by the Ministry of Education, Science and Technological Development, Republic of Serbia, through Contract No. 175042.