A 32-year-old male patient presented himself with a 3-month history of tender, indurated nodules and plaques on bilateral legs. He denied other family history and drug history. Review of systems showed the findings of arthralgia, dry eyes and dry mouth. He did not have cough, sore throat and fever. The result of the physical examination showed several erythematous nodules and plaques over anterior and lateral aspect of bilateral legs, and fine scales over some plaques [Figure - 1].

The findings of laboratory tests showed a positive anti-nuclear antibody (Ab) (1: 2560 with a speckled pattern), anti-Ro antibody (> 240.00 IU/mL), anti-La antibody (45.10 IU/mL), rheumatoid factor (165.0 IU/ mL), elevated erythrocyte sedimentation rate (94 mm/h), and decreased hemoglobin (12.3 g/ dL). Test results for liver and renal function, urine analysis, anti-double strand DNA Ab, anti-Sm Ab, anti-RNP Ab, anti-cardiolipin Ab and complement were all within normal limits. The result of chest X-ray film was normal. A Schirmer′s test was performed and showed the finding of 1 mm on bilateral eyes. Sialoscintigraphy showed the findings of impaired parenchymal and excretory function of bilateral parotid glands and submandibular salivary glands. He received the diagnosis of SS. Histological examination of the skin specimen revealed the finding of mild basal vacuolization with perivascular and periappendageal lymphohistiocytic infiltrate in the dermis. There was a septal lymphohistiocytic panniculitis [Figure - 2] and [Figure - 3]. Direct immunofluorescence (DIF) staining showed the picture of deposition of granular C3 along the dermoepidermal (DE) junction and positive nuclear IgG stain in the keratinocyte without any dermal vessels deposit. His cutaneous lesions resolved after he received celecoxib and colchicine for 6 weeks. He continuously received hydroxychloroquine for controlling his underlying SS.

The clinical differential diagnosis of this patient included erythema nodosum (EN), lupus profoundus and other kinds of panniculitis. The pathological examination showed the finding of septal panniculitis with interface change, mild perivascular lymphohistiocytic infiltration in the dermis and positive DIF. All of these findings highly implied connective tissue disease-related panniculitis. The lupus panniculitis should be considered as the first differential diagnosis. But, we did not see the typical pathological change in lupus panniculitis, such as lobular panniculitis and hyalinized fat necrosis with negative reaction in the mucin staining. Clinically, we could exclude infectious diseases (streptococcal infection and Mycobacterium tuberculosis) and other connective tissue disease such as dermatomyositis and rheumatoid arthritis, which might trigger panniculitis. 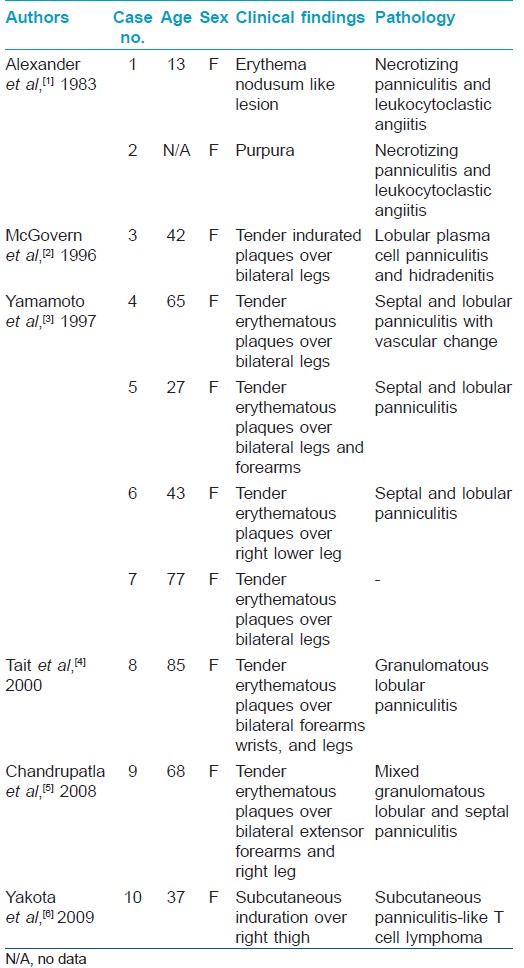 Table 1: Characteristics of patients with panniculitis associated with Sjögren's syndrome in the English literatures

To our best knowledge, an interface change and positive DIF in our patient have not been reported in the literature. We suggested that like lupus and dermatomyositis panniculitis, SS-related panniculitis could be accompanied with epidermal and dermal change. Based on the observation of our patient and the reports in the literature, we suggested that these pathological changes highly implied connective tissue disease, which is mostly related to the patient′s underlying SS.

We have reported this case to reinforce the relation between SS and panniculitis. The panniculitis could precede the diagnosis of SS. Connective tissue disease, not only the more common lupus erythematosus and dermatomyositis but also SS, should be kept among the differential diagnoses of otherwise unexplainable panniculitis.[6]