After prior approval from regional research and ethics approval committee, we conducted a retrospective analysis of the data of all patients attending 5 dermatology clinics in North Batinah Governorate of Oman, i.e. Sohar, Saham, Shinas, Khabura and Suwaiq for 4 years from 01/01/2010 to 31/12/2013. Data was grouped on the basis of etiological diagnoses and a comparison was done with previous studies available in the region and other parts of the world.

During the study period, 232362 patients sought dermatology consultation, as depicted in [Table - 1]. Age of the subjects ranged from the 2 days to 90 years and the gender distribution is as shown in [Table - 2], with a female predominance. Majority (45%) of the cases belonged to the age group 15 to 35 years; at the same time, children less than 5 years of age formed a sizeable 16.66% of the study population. 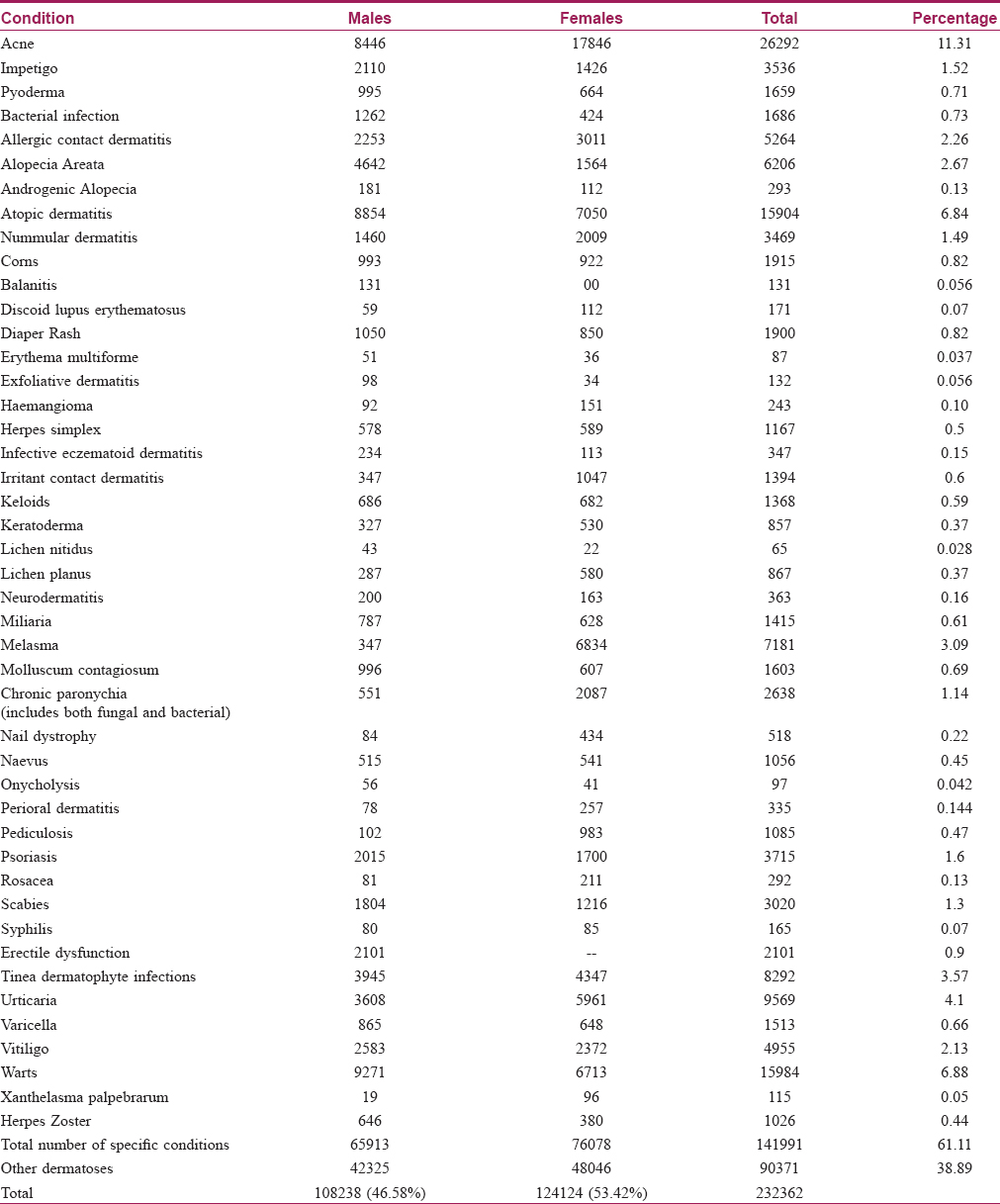 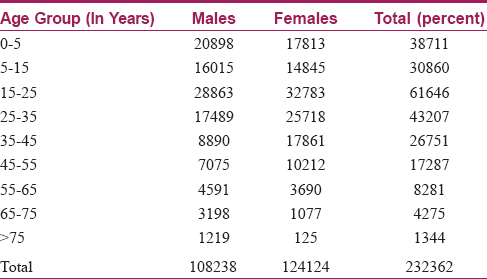 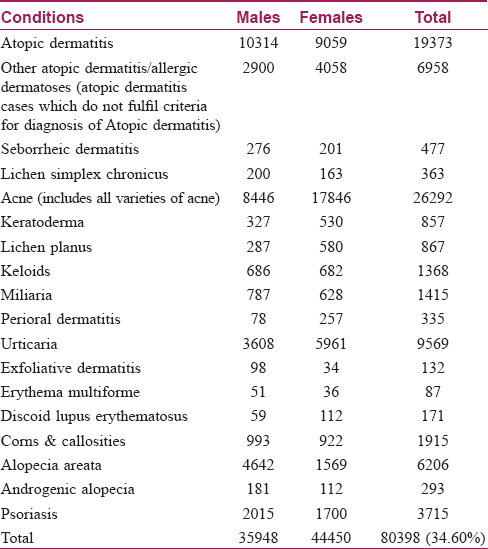 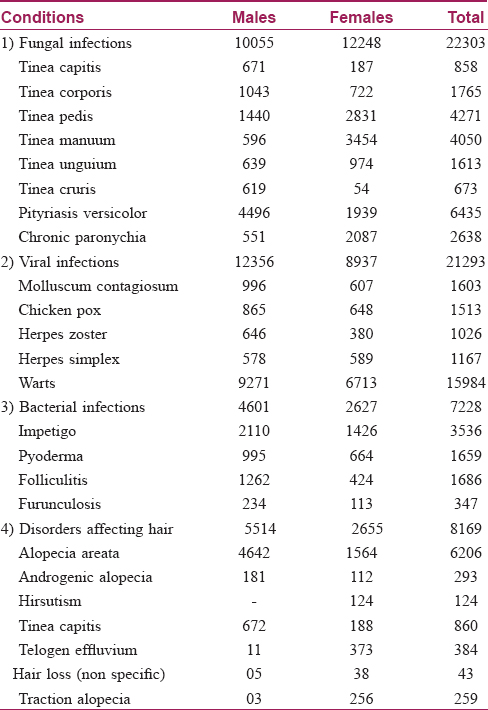 [Table - 5] depicts some important disorders that are classified in “Other dermatitis” according to International classification of diseases (ICD 10). 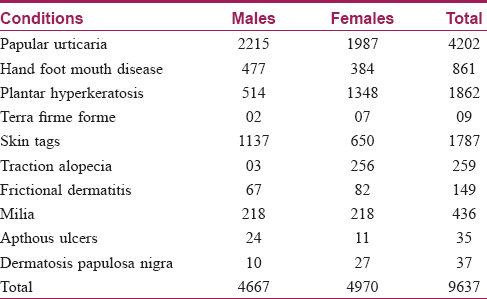 Table 5: Some Disorders included in “Others” category

Zoman[1]et al also performed a similar study collecting 5 years' data from a tertiary care hospital in Saudi Arabia. However, our study includes cases from both primary care (walk-in) and secondary care (referred cases) setting; thus our study sample better showcases the true prevalence in general population. This minimizes selection bias among the subjects and could be extrapolated to reflect the trends in the whole country.

[Figure - 6] details various hair disorders observed in our study. Notwithstanding high ambient temperature throughout the year, high humidity and intense sun rays, the prevalence rates of miliaria were surprisingly low (0.61%). Air-conditioning facilities and a relaxed work culture may be the plausible explanation for the low prevalence. Other workers[2],[4] had also reported similar prevalence rates.

Urticaria accounted for 4.1% of the cases in our study, similar to a report from Qatar,[4] while other investigators from the region had noted less prevalence.[1],[2]

Apart from a study on the prevalence of atopic dermatitis among school children in Oman,[5] there are no in-depth studies vis a vis skin diseases. The findings of this study however may not be applicable to populations from other countries due to varying ethnicity and geographic conditions. We have included both the walk-in as well as referred cases, hence the numbers may have increased due to duplication in some cases. Also, our population does not exclusively represent cases from north Batinah as it consisted a mix of the native as well as the local migrant population which was employed there.

This study provides an important insight into the spectrum and prevalence of cutaneous conditions in patients attending dermatology clinics in north Batinah governorate of Oman. It represents a diverse mix of people and the results may reflect countrywide prevalence. It will provide a basic framework and will contribute to better understanding of the patient care delivery needs and improved health care planning in the country.