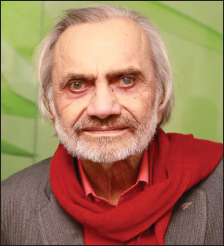 Prof. Virendra Nath Sehgal was an academician with several prestigious contributions to his credit. A graduate of the Government Medical College, Amritsar and a postgraduate in dermatology from the prestigious All India Institute of Medical Sciences, New Delhi, his academic career started with appointments in the Banaras Hindu University and the Aligarh Muslim University in the mid 1960s. His specialty, at that time, was virtually nonexistent. Hard, dedicated, devoted and committed endeavor was needed to bring up the units/departments in the medical colleges in the country. Now, the specialty is well-recognized and there are chairs of Professor of Dermatology in most institutions in the country. Professor Sehgal was responsible for starting/establishing five units/departments in the country, and brought each one of them to postgraduate level. He had been Professor/Head of the Department in Goa Medical College (1969–1978); the University College of Medical Sciences (UCMS), Safdarjung Hospital (1978–1981); Maulana Azad Medical College/Lok Nayak Jai Prakash (LNJP) Hospital (1981–1991); Lady Hardinge Medical College (1991–1993); and UCMS-Guru Tegh Bahadur (GTB) Hospital (1993–1994). In the last three medical colleges/hospitals, he was also Director/Medical Superintendent. His contributions need to be recognized as of someone who established medical specialties and who worked tirelessly for medical education for long years. Professor Sehgal grew with the specialty and vice versa over five decades.

Since retirement from service, he had been actively engaged in practice and participated in continuing medical education. During this time, he brought out several updates and reviews on current developments, besides the publication of Clinical Reports. These too have been widely appreciated, and are now a part of “Medlars Index.” Ninety-seven publications during this period since retirement stand testimony to his continuing active academic pursuits. He had also been invited to contribute to Clinics in Dermatology and Dermatology Clinics. He had a total of 390 publications since 1965. Prof. Sehgal was a great author, thinker, philosopher and guide to many. He mentored numerous disciples and taught them not just the science of dermatology but also the art of paper writing and publication. He was a great orator who put across his viewpoint emphatically and effectively. His prowess in administration was scintillating, especially during his tenure in the Lady Hardinge Medical College and GTB Hospital where he remarkably contributed to improving infrastructure and raising standards of patient care. His persona, perfection and deliverability were simply unmatchable. He had original and revolutionary ideas about the problems of the profession and society.

He was a humble and unassuming personality of great qualities. He personified simple living and high thinking. He was extremely generous and genial and showered compliments and adulations whenever he appreciated the achievement of his mentees.

He was a devoted husband and a doting father. He was committed to family values and always upheld them. He is survived by his wife, Dr Naresh Sehgal, a gynecologist and three daughters, all doctors with postgraduate qualifications.

He was a great man by all standards and his contributions and services to the community will be remembered for a very long time. He was a real karmayogi and a character to be emulated by all of us.