Psoriasis is a T cell-mediated skin disease that affects approximately 2–4% of the population.[1] Thyroid hormones, whose receptors are expressed in human skin, have been hypothesized to play a role in the pathogenesis of psoriasis due to their effects on epidermal proliferation and differentiation.[2] Previous studies have assessed the association of thyroid hormones and/or autoantibodies with the severity of psoriasis; however, the results are inconclusive.[2],[3],[4] We aimed to evaluate if psoriasis is associated with thyroid diseases as well as thyroid hormones, proteins and autoantibodies using the 2011–2012 U.S. National Health and Nutrition Examination Survey database.

In our analysis of interest, randomly selected individuals aged 20–80 years were interviewed about the variables of interest. Data on the history of psoriasis and thyroid disease as well as laboratory parameters on thyroid profile and antibodies were analyzed. Diagnoses of psoriasis were identified by enquiring whether participants were ever told by a doctor to have psoriasis. The presence of active psoriasis was assessed using the question “Do you currently have active psoriasis?” Diagnoses of thyroid diseases were identified by whether participants were ever told by a doctor to have thyroid problems. Participants also self-reported whether they were ever diagnosed with thyroid cancer. A random sample consisting of 1970 participants had serum levels of thyroid hormones, proteins and autoantibodies measured by immune-enzymatic assays at Collaborative Laboratory Services, Ottumwa, Iowa. According to the serum thyroid-stimulating hormone levels, participants were classified as having overt/subclinical hypothyroidism (>4.5 mIU/L), euthyroid status (0.4–4.5 mIU/L) and overt/subclinical hyperthyroidism (<0.4 mIU/L).

Variables such as age, gender, ethnic group, alcohol consumption, current smoking status and body mass index were included for analysis as possible confounding factors. Analysis of the association was done using Chi-square or Fisher's exact test. Using two sample t-test and Mann–Whitney U test, thyroid profile levels were compared between subjects with and without a history of psoriasis. These levels were also compared between those with and without active psoriasis. Multivariate logistic regression analysis was performed to adjust for possible confounders.

A total of 5560 participants were included in the analysis. Among them, 162 (2.9%) patients had a history of psoriasis with 69 cases of active psoriasis at the time of survey. Other demographic characteristics are summarized in [Table - 1]. There were 511 (9.2%) patients with a history of thyroid diseases and 362 of them had current thyroid diseases. There were 14 reported cases of thyroid cancer. Using the above-mentioned cut-off values for thyroid-stimulating hormone, there were 34 cases of hyperthyroidism and 55 cases of hypothyroidism.

Patients with thyroid diseases had a significantly increased risk of having psoriasis (odds ratio: 1.58; 95% confidence interval: 1.00–2.50; P = 0.0497). However, this association was not significant after adjusting for confounding variables. Patients with active psoriasis had significantly lower levels of thyroid-stimulating hormone than those without active disease (P = 0.019). An increase in thyroid function was correlated with an increased risk of having psoriasis, although this relationship was not significant. [Table - 2] summarizes the relationship between thyroid diseases and psoriasis. Serum levels of other thyroid hormones, proteins and autoantibodies did not differ significantly between those with and without psoriasis [Table - 3]. 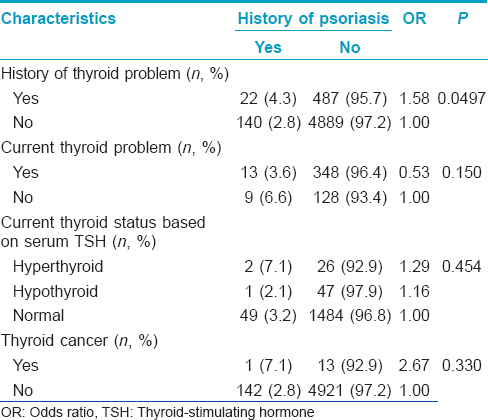 Table 2: The relationship between thyroid disease and psoriasis 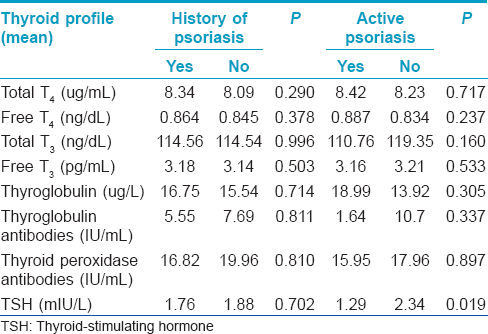 Table 3: The relationship between serum thyroid profile and psoriasis

Thyroid hormone levels have been reported to change during the active phase of psoriasis and an improvement in psoriasis was observed in patients with hyperthyroidism.[2],[3] The effectiveness of antithyroid medication such as propylthiouracil in treating psoriasis suggests that there may be an association between psoriasis and thyroid function.[5] In this study, the association between thyroid disease and psoriasis was significant, albeit borderline. However, this association was not significant after accounting for confounding factors. In addition, serum levels of thyroid hormones, proteins and autoantibodies were similar in those with and without psoriasis. This was consistent with other studies. Robati et al. did not observe any statistically significant difference in the mean T3, T4 and thyroid-stimulating hormone levels between psoriatic patients and controls.[2] Arican et al. also observed no differences in total T3, free T4 and thyroid-stimulating hormone serum levels between cases and controls.[3] Similarly, Gul et al. did not find any statistically significant differences in the levels of anti-thyroglobulin and anti-thyroid peroxidase antibodies.[4]

In conclusion, there was insufficient epidemiologic evidence to conclude any significant association between psoriasis and thyroid diseases though patients with active psoriasis seemed to have a lower thyroid-stimulating hormone level. Furthermore, a temporal relationship between thyroid diseases and psoriasis could not be established in a cross-sectional study design. Future epidemiological cohort studies with an objective assessment of psoriasis severity such as psoriasis area severity index and serial measurements of thyroid hormones/antibodies will be needed to further characterize this relationship.