Psoriasis is a chronic inflammatory disease with associated comorbidities such as psoriatic arthritis, cardiovascular disorders and inflammatory bowel diseases. Psoriasis results from an interplay of genetic susceptibility, skin barrier defect and dysregulation of innate and adaptive immunity.[1]

Fetuin-A is a negative acute-phase protein. Its level decreases during acute and chronic inflammation, suggesting that it may have an anti-inflammatory effect. This is possibly due to inhibition of release of active high-mobility group box protein 1 and subsequent cytokine expression.[2]

The aim of this study was to evaluate the serum level of fetuin-A in patients with psoriasis vulgaris compared to controls and to correlate it with the disease severity.

Forty patients with variable degrees of psoriasis severity who were assessed by psoriasis area and severity index score were selected. Patients with any skin disease other than psoriasis vulgaris were excluded.

Forty healthy and age- and gender-matched subjects were enrolled as a control group. A written consent form approved by a local ethical research committee was obtained from every participant before enrolling in the study. 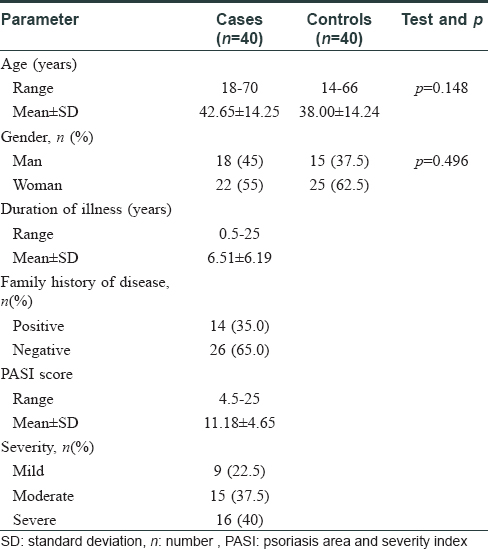 Table 1: Basic demographic and clinical profile of the subjects

Ataseven et al. reported that serum fetuin-A levels were significantly decreased in psoriatic patients compared to healthy control group members.[4] They also concluded that the serum level of fetuin-A did not correlate with the psoriasis area and severity index score. Uysal et al. reported a significant positive correlation between the mean serum level of fetuin-A and psoriasis area and severity index score and also suggested that there is a possible link between the underlying systemic inflammatory pathways involved in psoriasis, fetuin-A levels and the development of comorbid diseases.[1]

Our results showed that serum fetuin-A levels are low in patients with psoriasis however, it is not related to disease severity. Further studies on the role of fetuin-A may throw more light on the pathogenesis of psoriasis.

The main limitation of this study was the small sample size followed by the fact that the patient selection did not reflect the general population, as the study was done in a single clinic.

The authors certify that they have obtained all appropriate patient consent forms. In the form the patient (s) have given their consent for their images and other clinical information to be reported in the journal. The patients understands that their names and initials will not be published and due efforts will be made to conceal their identity but anonymity cannot be guaranteed.