Seborrheic melanosis: An entity worthy of mention in dermatological literature

Seborrheic melanosis is a term used by some Indian dermatologists to describe the localized darkening on some seborrheic areas of the face, namely, the alar grooves, angles of the mouth and labiomental crease. While this pattern of pigmentation is seen in many dark individuals from Asia, Africa and Hispanic population, we were unable to find any previously published reports.

This is a 1-year (2014–2015) retrospective descriptive study conducted in two private clinics of the first author by obtaining a history, examination findings, photographs and dermatoscopic results from the available case records. The clinical, photographic and dermatoscopic data of 12 patients presenting with localized darkening on the seborrheic areas of the face, i.e., alar grooves, labiomental crease and the angles of the mouth were analyzed to study the clinical patterns of this entity. We also attempted to correlate the clinical patterns with the dermatoscopic findings performed using DermLite © DL3N dermatoscope (3Gen, United States) with ×10 magnification. A Canon 60D camera was used for photography.

[Table - 1] enumerates the details of the clinical findings encountered in the 12 patients enrolled in this study. The study included three men and nine women with an age range from 18 to 36 years. Seven belonged to Fitzpatrick skin type IV, three to Fitzpatrick skin type V and two to skin type III. The localized darkening in most cases was accompanied by varying degrees of erythema. Although the lesions were largely asymptomatic, there was a history of associated occasional mild burning and itching in some cases. Some gave a history of a cheesy malodorous material upon rubbing or squeezing the affected area in an attempt to clean it. All patients reported a winter exacerbation. 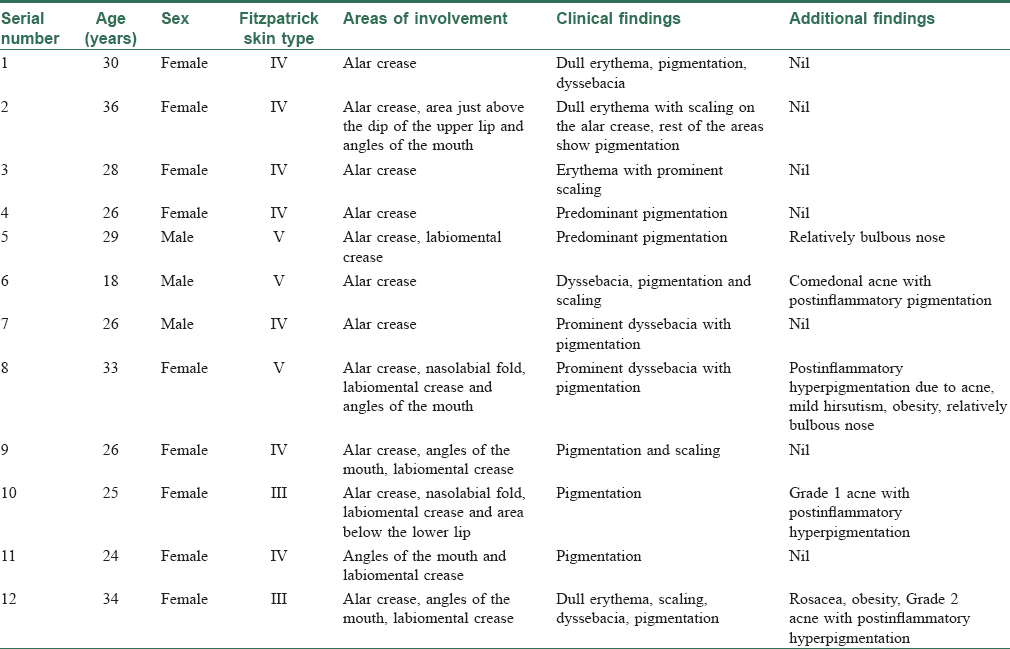 Table 1: Clinical presentation of the patients with seborrheic melanosis

The dermatoscopic findings were placed into three categories (vascular, pigmented and mixed). A light pink background with out of focus linear and arborizing vessels was noted in the vascular presentation (1 case) seen in type III skin [Figure 5a]. Mixed presentation (3 cases) was a combination of pigmentation and erythema [Figure 5b]. The third presentation (8 cases) was prominent pigmentation which was predominantly seen in dark-skinned individuals [Figure 5c]. Those with pigmentation alone showed a prominent hyperpigmented pseudonetwork. Some showed annular granular structures (brown) which did not occlude the orifices. Gray dots and clods were not present. The common feature in all the presentations was the presence of whitish yellow excrescences of sebum coating the vellus hair shafts and prominent follicle openings [Figure 5d]. Yellow scales were noted in five cases. Facial biopsy was refused by all patients for fear of scarring.

This form of pigmentation was more common in persons with Fitzpatrick skin type IV and V, more so in those prone to develop postinflammatory hyperpigmentation in acne scars. This darkening was more pronounced in darker individuals compared to those who have light skin [Figure - 3].

Although seen in both men as well as women, it was found to be more common in women in our study. None of our patients was a child or in the postmenopausal age group. The relative lack of sebum in children and the decrease in the sebaceous gland secretion with advancing age may explain its rarity in pediatric age group and postmenopausal age group, respectively.[1],[2]

An often overlooked fact is that mild erythema is not perceptible in type IV to VI skin and therefore patients may fail to observe it and instead pay attention to the subsequent darkening that is more noticeable and embarrassing. A careful examination, however, revealed a background of faint erythema often with small scales along with the darkened skin. The affected areas were usually oily during the rest of the year and got dry in winters when seborrheic dermatitis tends to worsen.[4]

Seborrheic dermatitis is an inflammatory epidermal disorder with spongiosis as the initial presentation. Presentations vary depending on the stage of the disease (acute, subacute or chronic). Histopathologically, in the acute stage, there is spongiosis and in the chronic stage, there is psoriasiform hyperplasia with minimal spongiosis. Dermatoscopic examination done in our patients has revealed features suggestive of seborrheic dermatitis such as linear and arborizing vessels, light pink background with out of focus vessels and yellow scale.[5],[6] Moreover, the prominent pigmented pseudonetwork and annular granular structures with brown dots substantiate the epidermal source of this pigment. The presence of both thickened pseudonetwork and presence of brown dots suggests that the pigmentation is a combination of epidermal melanin and epidermal acanthosis and increased melanin-containing keratinocytes. Hence, the darkening can be attributed to epidermal acanthosis and postinflammatory pigmentation. The shadow effect demonstrated accentuates the above findings [Figure - 4]a and [Figure - 4]b.

Some patients of seborrheic melanosis have a relatively bulbous nose which makes the alar grooves prominent [Figure - 4]a. This could possibly lead to increased accumulation of sebum in these areas without an actual increase in the sebum production.[7] Additional factors for this pigmentation include a tendency to rub and the use of cosmetics with irritant potential.

Like seborrheic dermatitis elsewhere, this condition responds to topical steroids and topical calcineurin inhibitors. We treated these cases with tacrolimus ointment 0.1% or pimecrolimus 1% cream and emollients leading to resolution of inflammation, lightening and relief of burning. We did not use mild topical steroids due to their potential for abuse.[8] Tacrolimus ointment caused a burning sensation in some patients owing to a defective barrier function of the involved skin but the tolerance to the drug normalized as the erythema resolved. We found that the less irritant pimecrolimus was not as efficacious. Some patients reported a beneficial effect of treatment with ketoconazole cream. The response to these modalities and the lack of response to routine bleaching creams such as those containing hydroquinone, kojic acid, arbutin or combinations thereof may be another pointer to this being a form of seborrheic dermatitis. We advised all the patients to use mild sodium lauryl sulfate-free cleansers and facial cosmetics with no irritant tendency. In addition, the patients were counseled to avoid rubbing the area and use a non-irritating emollient. Explaining the shadow effect was comforting to the patients and helped in convincing them regarding the innocuous nature of the condition.

In conclusion, we present a retrospective study of 12 cases of an entity that Indian dermatologists call “seborrheic melanosis.” We have attempted to provide a plausible explanation supporting its seborrheic origin. Prospective dermatoscopic and histopathological studies may be undertaken and correlated with the clinical findings to delineate the condition further.