Skin conditions in veterinarians and veterinary workers: A worksite-based study

Across the world, veterinarians and associated workers are the key players in animal and human health and welfare.[1] However, as a consequence of their occupation they are exposed to a range of skin irritants and allergens and are prone to developing occupational dermatoses.[2],[3] Despite posing a health hazard, little is known about their pattern, prevalence and distribution within veterinarians and related workers of this part of the world. Therefore, this study was done by the department of dermatology, Government Medical College, Srinagar on a cross-section of veterinarians and veterinary workers working in various veterinary hospitals and animal farms of the State Agricultural University and departments of animal and sheep husbandry. A total of 400 veterinarians and para-veterinarians were screened. Among the workers, the majority were found to be men (376 out of 400, 94%) while women formed only a small group (24 out of 400, 6%). The workers belonged to various age groups ranging from 20 to 58 years with the mean age of 38.03 years. Cattle were found to be the most frequent animal group maintained and handled (273), followed by rabbits (57), sheep (52) and poultry (18). Most of the workers in the veterinary hospitals worked for 6–8 h daily. However, those working at higher altitudes were found to remain in animal contact for more than 8 h daily.

Screening revealed 99 workers with skin diseases while 301 were found to be disease free. The affected group comprised 25% of all men (94 out of 376) and 20% of all women (5 out of 24). Among the affected group, 50 (50.5%) workers had lesions of non-infectious etiology while the rest 49 (49.5%) workers had infectious lesions. The infectious dermatoses mostly comprised fungal infections seen in 26 (53.1%) workers, followed by bacterial infections in 15 (30.6%), infestations in 7 (14.3%) and viral infections in 1 (2%) worker. Among the fungal infections, pityriasis versicolor was most common followed by tinea corporis, candidial intertrigo and onychomycosis. A positive and significant correlation was found between the contact hours and the incidence of infectious lesions. There was an 8.8% incidence of cutaneous infections in those with 6-8 hours of contact with animals while incidence rates of 13.8% and 36.4% were seen in workers who had contact with animals for 8–10 and 10–12 h, respectively. The non-infectious dermatoses included callosities in 11 (22%), hand eczema in 10 (20%), polymorphic light eruption in 6 (12%) and melasma in 6 (12%) workers [Table - 1]. Out of the total of 10 cases of hand eczema, five were considered to have relevant positive patch test results to at least one allergen belonging to the Indian standard series of antigens. A total of seven positive patch test results were observed [Table - 2]. 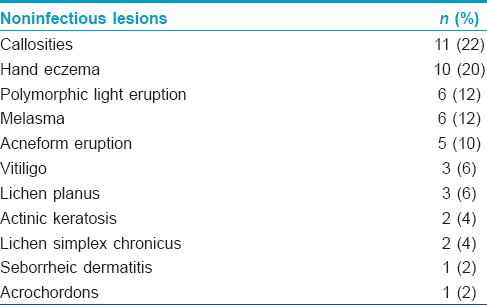 Table 2: The allergens in 5 veterinarians with positive patch test reactions

Veterinary and related workers who comprise a major group of occupational workers worldwide are exposed to chemical, biological and physical agents while treating or handling domestic or wild animals. These contacts have been rated as established risk factors in causing skin diseases in this group of workers.[1] The present study, undertaken on veterinarians and associated workers of our region yielded similar results. Mechanical/physical trauma while handling animals, cleaning and maintaining animal sheds and farms and feeding animals were found to cause callosities on palms and soles and hand eczema.

In our study, a number of workers had polymorphic light eruption, melasma and actinic keratosis possibly due to prolonged exposure to intense solar radiation in animal handlers engaged in grazing animal groups in pastures at high altitude. Among the infectious dermatoses, fungal infections were the most prevalent and this could be attributed to the humid and warm working environment.[4] Folliculitis and furunculosis could be due to secondary infections of cuts and abrasions (acquired during physical trauma) by pyogenic cocci. This is in agreement with the findings of Barnham and Kerby.[5] Our study demonstrates that animal handling and the working environment of veterinarians and related workers could be an important predisposing factor for the development of skin diseases. Provision of a better working environment, providing adequate knowledge of cutaneous diseases and periodic medical surveillance may decrease the incidence of occupational dermatoses in these workers.