Viva Questions from the IJDVL

All the clues given below qualify a congenital or an acquired condition or a genodermatoses that follows the lines of Blaschko.

Identify the condition using the clues provided and complete the crossword [Figure - 1].

[Table - 1] gives a brief description of some of the lines, which are encountered in dermatology.

Clinical signs in this issue

Various clinical signs have been described in this journal issue [Table - 2]. Leser Trelat sign and dimple sign are well-known; goat′s eye sign in orf or typical features of scarring in sporotrichosis are newer descriptive signs. 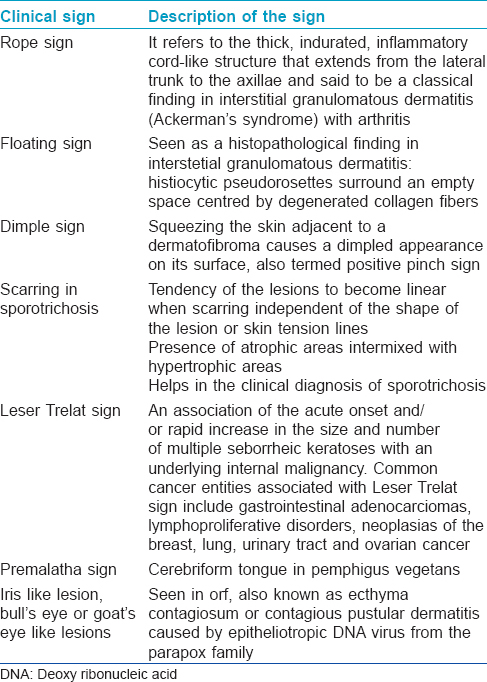 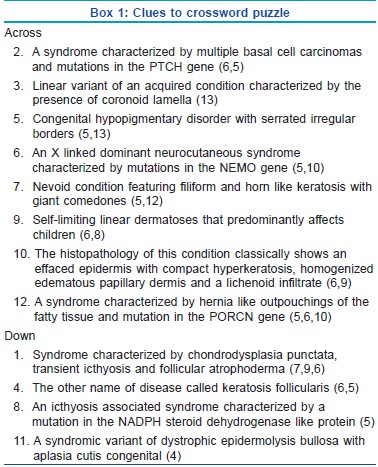 What is the mechanism of action of imiquimod?

Imiquimod is an inducer of interferon-γ through the activation of Toll Like Receptor (TLR-7). It is responsible for local antiviral, anti-tumor and immunoregulatory action. It also stimulates the natural killer and B cells and enhances migration of Langerhan′s cells. It causes stimulation and release of pro-inflammatory cytokines, including interferon alpha (IFN-α), tumor necrosis factor alpha and interleukin-1, 6, 8, 10 and 12.

What are the indications of imiquimod?

Imiquimod is available as a 5% cream in a sachet and is to be applied overnight thrice a week. The indications are:

What are the adverse effects?

Resiquimod is an imidazoquinolinamine and is a potent inducer of IFN α. It can be administered both topically and orally. It is more potent at inducing in vitro cytokine responses than imiquimod but whether this will increase its antiviral spectrum is unknown. It may however be more useful than imiquimod in treating herpes simplex virus type 2 (HSV 2) infection and may also be used in hepatitis C virus infection, in addition to its role in the treatment of human papillomavirus or molluscum contangiosum. Furthermore, it may be a particularly useful agent against HSV-2 either as an agent to prevent recurrence or as a vaccine adjuvant in the presence of HSV glycoproteins.

What is the most common cause of plant dermatitis in India?

Parthenium hysterophorus is the most common cause of plant dermatitis in India. It was accidentally introduced in India through imported wheat sent by USA in 1950s; it is also known as congress grass or congress weed. It is an erect annual herb with alternate deeply dissected leaves, growing up to 2 m tall with much branched inflorescences bearing white flower heads. The dermatitis is usually caused by the dried leaves and trichomes (small glandular hair present on the undersurface of leaves and stem). Sesquiterpene lactones are the allergens that have been identified in the leaves, stem and waxy coat of the pollen and hence can cause "dermatitis at a distance." Among the sesquiterpene lactones, parthenin, hymenin and ambrosin are the major allergens. Others are coronopilin and tetraneurin A.

What are the patterns of dermatitis caused by Parthenium hysterophorus?

What is weekly azathioprine pulse regimen in management of parthenium dermatitis?

Weekly azathioprine pulse is administration of 300 mg azathioprine once a week for an average of 6 months. It has the advantage of decrease in the cost of therapy and increased compliance.

How is sporotrichosis transmitted?

Sporotrichosis is a subcutaneous mycosis caused by a dimorphic, saprophytic fungus Sporothrix schenckii. It affects several animal species including humans and usually occurs after inoculation of the fungus through the skin or mucosa following minor trauma. The infection may be acquired during leisure activities, or occupationally among farmers and gardeners who come in contact with vegetables or soil. Transmission from cats via bites or scratches has also been described.

The two chief patterns of cutaneous sporotrichosis are the lymphangitic and fixed forms, but atypical varieties such as mycetoma-like or cellulitic forms may occur.

In the lymphangitic type, at the site of inoculation, a nodule or pustule is initially formed, which may then ulcerate and if untreated there is an involvement of lymphatics resulting in a linear distribution of nodules along the lymphatic vessels.

In the fixed type, the characteristic cutaneous lesion is a gumma, but it may be verrucous, plaque-like, nodular or ulcerated as well.

Enumerate the differential diagnosis of sporotrichosis

What are the characteristic clinical features of oculocutaneous tyrosinemia?

Oculocutaneous tyrosinemia (tyrosinemia type II, Richner-Hanhart syndrome) is a rare inherited disorder involving tyrosine metabolism. It is characterized by various dermatological, ophthalmological, and neurological findings. The coexistence of painful keratoderma with ocular symptoms is characteristic. Lesions of the skin and eyes are probably caused by deposition of tyrosine crystals leading to an inflammatory response.

Patients usually present with ocular findings such as photophobia and corneal ulcers in the 1 st year of life. Mental retardation is a variable feature. Classical cutaneous features are the typical hyperkeratotic lesions of the palmoplantar area, which usually arise as bullae and erosions during childhood and progress to sharply demarcated, yellowish plaques limited to pressure points. Intense pain is an important diagnostic clue.

The disorder can be diagnosed by the detection of a high plasma tyrosine level and a normal plasma phenylalanine level, and can be confirmed by demonstrating a mutation in the tyrosine aminotransferase gene located on chromosome 16q22.1-q22.3.

Describe the classical clinical and histological features of dermatofibroma

Dermatofibromas usually occurs on the extremities as reddish-brown papules or nodules, which may either be elevated or slightly depressed. Hard lesions that adhere to the epidermis may result in a depression over the nodule producing the classical dimple sign.

Dermatofibromas are characterized as a poorly circumscribed proliferation of spindle-shaped fibroblasts or histiocytes arranged in sheets or interlocking strands with a storiform pattern, entrapment of collagen bundles and patchy lymphocyte infiltrates. Cytologically, the tumors show plump, ovoid to spindle-shaped cells with pale, eosinophilic cytoplasm and bland nuclei with vesicular chromatin. Epidermal hyperplasia and a hyperpigmented basal layer are characteristic epidermal findings.

What are the clinical and histological variants of dermatofibroma?

Variants can be classified into many types according to their clinical and histologic aspects. Clinical variants include atrophic, atypical polypoid, giant, subungual, erosive, lichenoid, ulcerated, and grouped palmo-plantar histiocytomas. Several histologic variants have been described, including cellular, aneurysmal, epithelioid, atypical and myxoid, as well as subcutaneous and deep penetrating types.

Describe the clinical features and differential diagnosis of Paget′s disease?

Clinical presentation of Paget′s disease is often non-specific(erosive, erythematous, eczematous, or circinate lesions) and mimic other dermatoses. However, the plaque usually has a sharp, rounded and slightly raised margin with areas of erosions and crusting, or the surface may be scaly. There may be severe itching along with areas of excoriations, lichenification or hyperpigmentation.

Paget cells are commonly found in the prickle cell layer and may lie singly or in clusters. They are large rounded cells with pale abundant cytoplasm and round, vesicular or hyperchromatic nuclei with prominent nucleoli. There is a high nuclear/cytoplasmic ratio are. The cytoplasm is PAS-positive and diastase-resistant indicating the glandular origin of the cells. The cellular pattern is described as a buckshot pattern.

Describe the clinical and histological features of Well′s syndrome

Eosinophilic cellulitis, or Wells syndrome, is an uncommon inflammatory dermatosis of unclear pathogenesis. It is characterized by erythematous, edematous plaques that resemble acute bacterial cellulitis or urticaria. Various clinical patterns include papules, morphea-like plaques, nodules, vesicles, and rarely, bullae. There may be single or multiple lesions and any site can be affected. There is gradual resolution of lesions without scarring. There may be recurrences, blood and tissue eosinophilia. There is degranulation of eosinophils in the dermis which results in dermal edema and inflammation. Flame figures are the characteristic findings; these consist of clusters of eosinophils and histiocytes around the collagen bundles and eosinophilic debris. 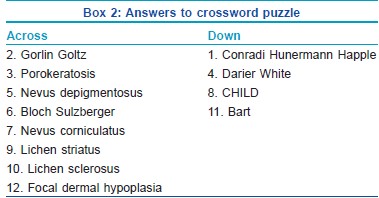 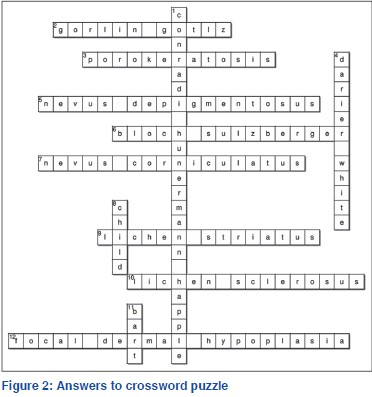