Wonder drug for worms: A review of three decades of ivermectin use in dermatology

Ivermectin has evolved over the last three decades from being a veterinary “blockbuster” drug to a panacea for nematodal infestation and ectoparasitic diseases in humans.[1] This oral drug has breathed fresh life in the management of ectoparasitic infections which was conventionally based only on topical medications. In this review, we discuss the intriguing journey of this drug in dermatology.

In early 1970, Omura and William Campbell identified a soil bacterium which was named Streptomyces avermectinius. The active component produced by the bacterium was termed as avermectin.[2] Ivermectin is a synthetic derivative of avermectin with a structural similarity to macrolide antibiotics.[3] It was first used in veterinary treatment in 1981, and now is being used to treat billions of livestock and pets around the world for varied nematodal infestations.[2] It was first used in humans after 1981 as a treatment against Onchocerca volvulus.[3] The role of ivermectin in dermatology was a serendipitous discovery which catapulted ivermectin to the zenith of anti-parasitic remedies.

In humans, the oral route is the only approved route for administration of ivermectin, and it is usually recommended to be taken on an empty stomach with water. In the skin, the peak concentration of the drug was noted 8 h after a 12-mg oral dose, whereas the peak serum level is reached in 4 h after administration.[3] Between 6 and 12 h after the dose, a second peak occurs due to enterohepatic recycling of the drug. 5 It is extensively metabolized by cytochrome P450 and is excreted almost exclusively in feces.[3] The half-life of the drug is around 18 h, and the anti-parasitic activity lasts for several months after a single dose.[5]

Ivermectin is an endectocide, which selectively binds to glutamate-gated chloride channels in invertebrates. This causes hyperpolarization of parasite neurons and muscles by increasing chloride ion influx, ultimately resulting in death of the parasite. It acts on endoparasites and ectoparasites by suppressing the nerve impulse conduction in intermediary neurons or in nerve-muscle synapses, respectively.[6],[7] Due to the localization of these channels in the central nervous system and inability of ivermectin to cross the blood–brain barrier, humans are not affected except those with a history of undergoing shunt surgeries. 6

The indications for ivermectin use in dermatology are summarized in [Table - 1]. 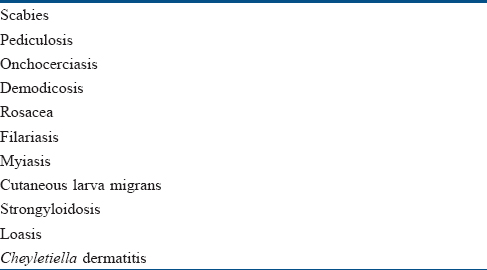 Table 1: Indications of ivermectin in dermatology

Ivermectin lotion (0.5%) is US Food and Drug Administration (FDA)–approved for the treatment of pediculosis capitis. A single application on dry hair without nit combing is recommended. Oral doses of ivermectin are preferred in difficult-to-treat cases of head lice.[12],[13]

In phthiriasis palpebrarum infestation, oral ivermectin is found to be effective. The adult lice are eradicated in 2 days, but nits disappear gradually.[12]

In phthiris pubis, it is given as 250–400 μg/kg tablets 7 days apart depending on the severity. Topical ivermectin is also effective and a reapplication is recommended every 7–10 days until no live lice is identified for atleast 1 week after treatment.[14]

Both oral and topical ivermectin are effective in cases of demodicosis.[3] In HIV-associated cases, oral ivermectin is the preferred option.[15]

Ivermectin 1% cream is now approved by US FDA for inflammatory rosacea. Ivermectin not only targets Demodex folliculorum, but also reduces the inflammation associated with the condition.[16]

Ivermectin is effective in controlling infestations by Cheyletiella species in households having many cats. The dermatitis induced in humans regresses spontaneously within 3 weeks of elimination of the mites. Oral ivermectin can be given to prevent recurrence of the disease in humans.[3]

In case of furuncular myiasis, the treatment goal is complete removal of larva from the skin. It includes the usage of topical ivermectin followed by manual removal. Oral treatment is not recommended as an inflammatory reaction can develop to the dead larva in the skin. In case of migratory myiasis, oral ivermectin will mobilize the parasite to the body surface. Wound myiasis requires manual removal of the larva and debridement of necrotic tissues. Usage of short-contact topical ivermectin can cause reduction of pain in 15 min and death of a majority of the larvae. A single oral dose of ivermectin can facilitate removal of maggots of Hypoderma lineatum by causing spontaneous migration of maggots.[17]

Individuals with filariasis with a positive immunochromatographic test or those with microfilaremia, should be treated with an antifilarial drug. Ivermectin causes rapid disappearance of microfilaria but not the adult worm. The World Health Organization recommends the combination of both albendazole and ivermectin for effective management. Combination with diethylcarbamazine was found to be superior than the individual drugs.[18]

Ivermectin is used to control endemic onchocerciasis. However, it kills only the larva and not the adult. It is given every 6 months as long as there is evidence of skin or eye infection. In case of recurrence, pruritus, rash, or eosinophilia, further doses should be given at 6–12 monthly intervals.[6]

A single oral dose of ivermectin ensures a 77%–100% cure rate. The cure rate increases to 97%–100% after one or two supplementary doses. The progression of tract formation stops in 2 days.[19] A single dose of ivermectin is less effective in case of hookworm folliculitis.[20]

The first-line treatment for both acute and chronic strongyloidosis is oral ivermectin. Two consecutive days of oral ivermectin therapy is found to be more effective in cutaneous larva currens. In case of hyperinfection syndrome, immunosuppressive therapy should be stopped or reduced along with initiation of daily oral ivermectin, until stool and/or sputum examinations are negative for 2 weeks.[6],[21]

The dosing schedule of ivermectin for various dermatological conditions is summarized in [Table - 2].

The safety of ivermectin in pregnancy and lactation has not been established in humans. It is a pregnancy category C drug.[23]

The safety and efficacy for use in children <15 kg has not been established; hence, it is not recommended for children under 15 kg and less than 5 years of age.[24]

Anti-parasitic agents are used in combination in view of increasing incidence of drug resistance. In case of onchocerciasis, the combination of ivermectin and doxycycline is highly effective in reducing microfilaremia levels more than ivermectin monotherapy.[6] In cases of filariasis, albendazole and ivermectin are preferred as they do not modify each other's kinetic behavior.[5]

Ivermectin is well-tolerated with minimal adverse reactions, and the degree of adverse events is independent of its concentration.[26],[27] Common adverse events such as constitutional symptoms, pruritus and rash resolve spontaneously or might require symptomatic treatment.[3],[6],[28] A patient can also develop facial edema, headache, and abdominal pain. Rarely, encephalopathy and Steven–Johnson syndrome can develop.[3],[6],[28]

Mazzotti's reaction is an intense inflammatory response to the dead microfilaria, which occurs within 7 days of treatment with oral ivermectin, manifesting as fever and pruritus. The other manifestations may include urticaria, hypotension, tachycardia, tender lymphadenopathy, arthralgia, myalgia, and abdominal pain. This can be greatly reduced by adding low-dose corticosteroids at the initiation of treatment, without affecting the microfilaricidal activity.[29],[30] A 6-week course of doxycycline preceding ivermectin, reduces the risk of Mazzotti's reaction by causing sterilization of female adult onchocerca.[30],[31]

Ivermectin is considered to be relatively safe with no genotoxicity; but at a very high dose, it has been shown to cause embryotoxicity in animals.[3] The toxicity though rare, can be due to acute or chronic drug over-dose. It can occur at therapeutic dosage only when there is a defect in the ABCA1 gene which causes defect in P-glycoprotein.[32] Ivermectin toxicity manifests as increased salivation, diarrhoea, breathing difficulty, muscle fasciculation, drooping of lips, bilateral mydriasis, depression, ataxia, recumbency, reduced pupillary reflex, absent menace reflex and rarely encephalopathy and death.[30],[33] Clinical signs usually progress during the first 36 h after administration.[33]

Moxidectin is a macrolide lactone belonging to the Milbemycin subfamily produced by fermentation of Streptomyces cyanogriseus. Its affinity for P-glycoprotein is inferior to ivermectin. The half-life of moxidectin is more than 20 days with higher bioavailability because of its high lipophilicity and better penetration into the hyperkeratotic skin. Moxidectin also has a good safety profile with low resistance.[34]

Ivermectin has revolutionized the management of nematodal and ectoparasitic infection. The drug which spelt the death knell for onchocerciasis also had its impact on the treatment of many ectoparasitic infestations and will continue to do so in the future.