We appreciate the correspondents' efforts in reading our article keenly. It is true that patient's own immunity, adherence to right treatment and other factors are involved in in vivo response of drug, and little correlation of in vitro sensitivity pattern with in vivo response. Antifungal sensitivity testing is only predictive of clinical response, as proven by one old meta-analysis in 2002 that correlated in vitro–in vivo studies and found that the percentage of clinical success was 91% for infections caused by isolates susceptible to the corresponding antifungal agent while it was 48% for those where the isolates were resistant[1]. In vitro broth microdilution testing can only be done with microconidia according to the Clinical and Laboratory Standard Institute M38-A standards (which we yield from subculture to potato dextrose agar), and not arthroconidia, which is the infective form. So, again, this points towards uncertain reliability of sensitivity testing results.

There were no studies or reference standard book where I could get the cut-off value of T. mentagrophytes for itraconazole. As dosages for both dermatophytosis and aspergillosis are similar, breakpoint concentration should not vary and azoles usually have high minimum inhibitory concentration break point, as compared to other drugs.

This is not an assumption of getting resistance to terbinafine and effectivity of itraconazole. According to our findings of sensitivity testing, itraconazole was more effective among the other tested drugs, although because the sample size of tested strains is limited, we cannot comment upon the level of significance. As also, without head-to-head clinical trials, it is difficult to interpret resistance or effectiveness of either itraconazole or terbinafine.

We are providing a separate table according to levels of MIC and number of strains [Table - 1]. 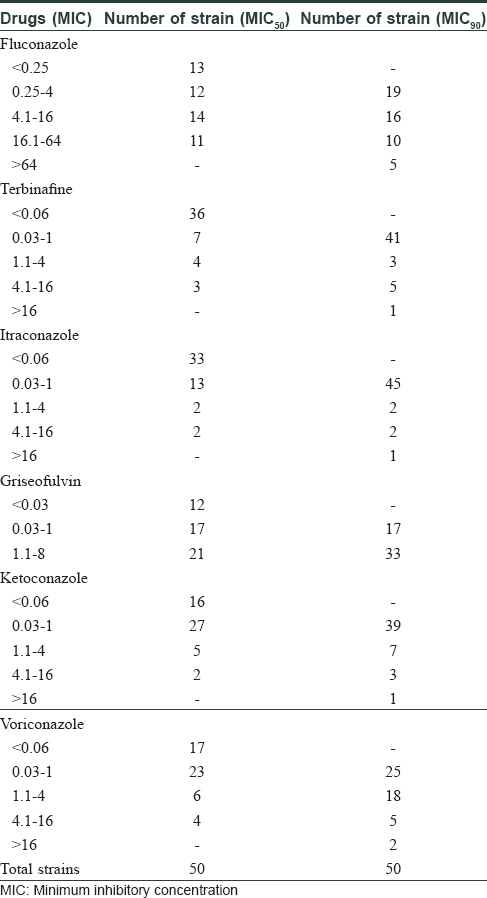 Table 1: Correlation of MIC of drug and number of strains

To conclude, our study is based mainly on mycological findings, lack of clinical correlation is one of the limitations due to constraint of study duration as well as the fact that only 50 strains of T. mentagrophytes are tested. So, we must conduct similar studies in the future to look for ongoing trends of resistance in species as well as their spectrum of sensitivity.