Psoriasis is a chronic and inflammatory disease with characteristic skin lesions. Various treatment modalities including systemic drugs are available for the different stages of psoriasis and are widely prescribed for moderate to severe psoriasis. Systemic medications for psoriasis have organ toxicities that could potentially lead to legal disputes.[1] Psoriasis was reported to be as one of the most common patient conditions related to dermatology malpractice experience.[2] However, to date, articles about medical disputes related to psoriasis are lacking. The aim of this study was to determine and analyze medical litigation related to psoriasis.

We searched for psoriasis-related legal decisions by the Supreme Court of Korea using its written judgment management system. This system included sentences on civil proceedings in Korea. The search terms were “medical malpractice” and “psoriasis” from 1997 to 2017. After searching the related lawsuit precedents, the researchers reviewed the official copies of the written judgment to extract psoriasis-related litigated cases. Based on the description of the lawsuit judgment, information on age and sex of the patient, the disputed drugs, and complications were collected. Written data concerning trial outcome, claimed amount, and awarded amount were also collected.

Twenty-three official copies of written judgments were obtained and reviewed [Figure - 1]. We excluded 18 cases for the following reasons: overlapping judgments (n = 3) and rulings in which psoriasis was not a main issue of litigation (n = 15). Five cases were selected as psoriasis-related cases, but one case was excluded due to insufficient clinical information. Finally, four psoriasis-related malpractice cases were analyzed. In the four litigated cases, various medications and complications were involved in the medical disputes. Only one case related to pregnancy was sentenced in favor of the plaintiff, and the other three cases were dismissed. The details of the four cases are summarized in [Table - 1]. 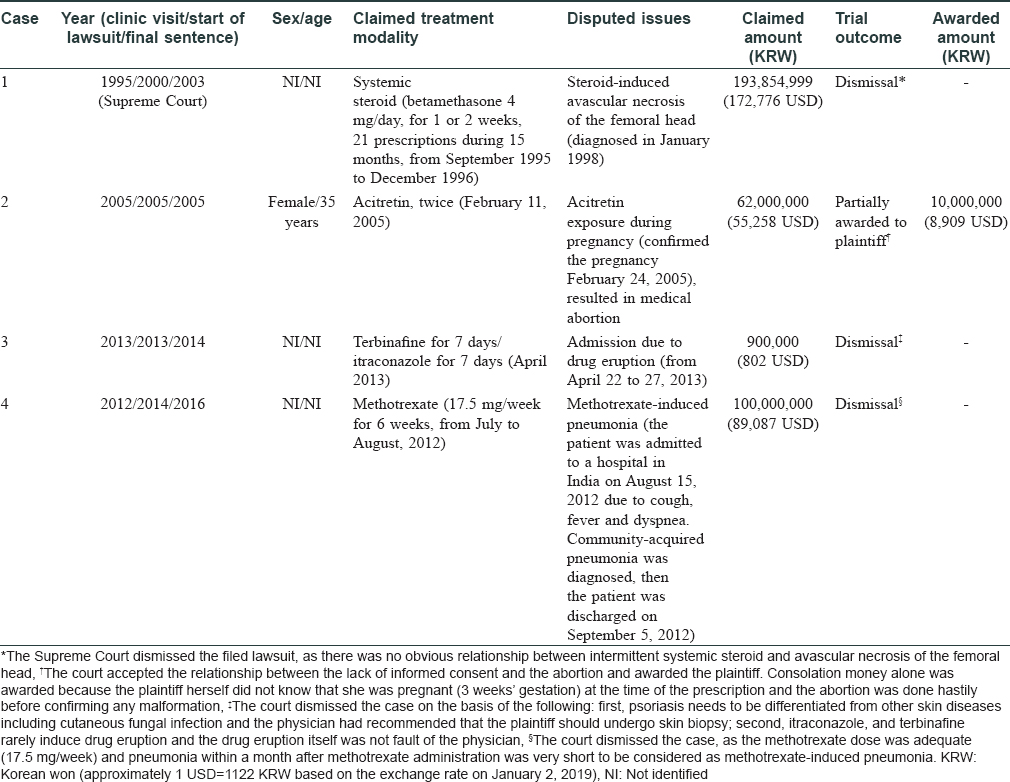 Table 1: Summary of cases from judicial precedents associated with psoriasis in the Republic of Korea from 1997 to 2017

In this study, the authors analyzed lawsuit judgments associated with psoriasis over the past 20 years in Korea. Psoriasis is a common inflammatory skin disease and needs to be differentiated from other inflammatory skin diseases. Its chronic course could lead to worry about adverse reactions due to long-term treatment including topical, systemic, and phototherapy. The most commonly prescribed systemic medications are cyclosporine, methotrexate, and acitretin. All medications have known organ toxicities; thus, routine monitoring should be performed.[1] Phototherapy is regarded as a relatively safe modality, but burning is not an uncommon toxicity and may lead to legal claim. In addition, the possibility of pregnancy should be monitored during the treatment especially when prescribing methotrexate and acitretin.[1] In this study, common side effects such as hepatotoxicity by methotrexate or renal insufficiency by cyclosporine were not reported.

Adverse outcomes written in litigation cases were rare but important for psoriasis. The first case involved avascular necrosis of the femoral head after the use of a systemic steroid. Avascular necrosis is a debilitating musculoskeletal disease, which is increased in psoriasis.[3] Although systemic steroids seem to play an important role in avascular necrosis in psoriasis, underlying inflammation associated with psoriasis is also assumed to increase the risk. The second case was reported on a pregnant woman taking acitretin. Some systemic medications for psoriasis such as methotrexate and acitretin are well-known teratogens and are labeled as Food and Drug Administration pregnancy category X.[1] Thus, guidelines advise baseline and monthly pregnancy testing when prescribing teratogenic medications to a woman of childbearing age. The third case involved the misdiagnosis of psoriasis as tinea corporis. Superficial fungal infection should be differentiated from psoriasis, especially in cases of tinea incognito.[4] The fourth case involved community-acquired pneumonia after starting methotrexate. Pneumonia by opportunistic infection is a life-threatening condition during methotrexate treatment.[5] In this study, case 4 was community-acquired pneumonia, although pneumonia caused by rare opportunistic infection should also be noted and monitored during methotrexate treatment.

This study has some limitations. First, we could not confirm details of the medical records such as the subtype of psoriasis due to the limited clinical information in judicial sentences. Furthermore, cases with mild adverse reactions are usually settled out of court. Four cases are not sufficient to represent judicial precedents related to psoriasis. However, legal cases involving psoriasis were rarely reported in previous studies.[2] This study is meaningful in that it is the first article to systematically analyze medical disputes related to psoriasis.

In conclusion, we report on four judicial precedent cases of psoriasis in the Republic of Korea in the past 20 years. A number of psoriasis therapies and associated side effects can lead to litigation. Physicians should check the medical condition of the patients and the adverse effects of psoriasis medication before and during the clinical course to prevent legal disputes and always obtain proper and sufficient informed consent from the patient.