The risk of herpes zoster in patients with psoriasis: A retrospective records-based observational study

Biologic drugs have dramatically changed the course of chronic inflammatory diseases such as psoriasis. The common biologic agents used in psoriasis include tumor necrosis factor alpha inhibitors such as adalimumab, infliximab, golimumab (monoclonal antibodies), etanercept (dimeric fusion protein) and interleukin-12/23 inhibitors like ustekinumab.[1] With the rising evidence of their efficacy, these agents are being increasingly used in the management of psoriasis and psoriatic arthritis which has led to the need for better surveillance of their safety profiles. Particularly, patients undergoing treatment with biologics need to be closely monitored for symptoms or signs of infection.[2] The increased risk of severe bacterial infections in these patients, especially reactivation of tuberculosis, has received much attention in the past but the effect on viral infections has not been extensively investigated.[2],[3]

Varicella zoster virus is a member of the herpes virus family which establishes latency in the neural tissue following primary infection. Herpes zoster, a papulo-vesicular eruption occurring in a dermatomal pattern which is often associated with neuralgic pain, results from reactivation of the latent varicella zoster virus from the dorsal spinal root ganglia. There may be associated rare, but severe neurological complications including optic neuritis, aseptic meningitis and meningo-encephalitis. Limited studies have been published till date regarding the incidence of herpes zoster during therapy with biologic drugs, the results of which are controversial.[4],[5],[6],[7] For these reasons, we performed a retrospective records-based observational study on 502 psoriatic patients, investigating the potential risk of viral infection and/or reactivation related to the use of biologic treatments, particularly focusing on the incidence of herpes zoster. 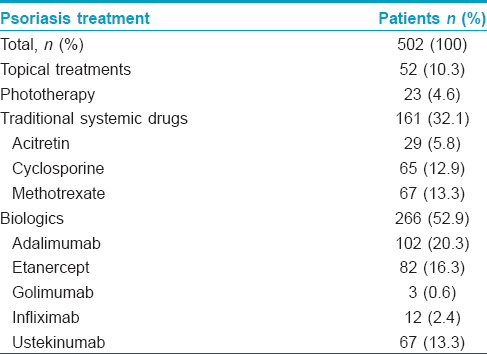 Table 2: Data regarding patients who developed HZ during psoriasis treatment